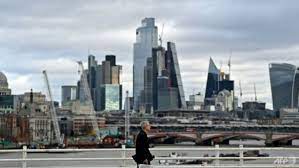 LONDON, Sept 30, 2022 (BSS/AFP) - Britain is not yet in recession, revised
data showed Friday in a boost for under-fire Prime Minister Liz Truss, but
its economy may still face a downturn on soaring interest rates.

Gross domestic product expanded 0.2 percent in the second quarter, said the
Office for National Statistics in an upgrade from its previous estimate of a
0.1-percent contraction.

Even if the economy has shrunk in the current third quarter that ends Friday,
as the Bank of England forecasts, it would mean the UK had avoided two
successive quarters of contraction -- the technical definition of a
recession.

The turnaround follows a rough week for new PM Truss as the country's
borrowing costs soared and the pound hit a record dollar-low after her
government announced a controversial budget plan on September 23 that
included a cap on soaring energy bills.

"We will deliver the first iteration of that forecast" next week, the Office
for Budget Responsibility said in a statement after the meeting.
The country's economy output remains fragile, with Friday's ONS data also
revised to show that it was still below pre-Covid levels.

"In what has been a calamitous week for the UK economy, there was a rare
glimmer of hope... (with it) defying expectations of a recession -- for now,"
said Interactive Investor analyst Richard Hunter.

"Sterling has also found some cautious support... although the jitters will
remain as the government continues to justify and explain the implications of
its fiscal largesse."

Investors were spooked this week by the huge amount of borrowing likely
needed for a UK budget seen as benefitting the rich more than the poorest
during the cost-of-living crisis.

Less than a month into the job, Truss is already deep in a financial crisis.
The pound on Monday collapsed to an all-time low at $1.0350 on fears the
budget would make sky-high inflation worse and cause the Bank of England
(BoE) to hike its main interest rate even more aggressively.

Sterling has since recovered slightly.

The upbeat GDP figure came two days after the BoE carried out emergency
action to snap up government bonds, whose yields had soared following the
budget.

And the central bank is forecast to hike its interest rate far beyond the
current 2.25 percent, which compares with a record-low 0.1 percent less than
a year ago, as markets fear ever-higher inflation.
This in turn could see businesses closing and home-owners defaulting on their
mortgages.

Despite growth in the latest quarter, the UK economy is 0.2 percent smaller
than its pre-pandemic size, the ONS added Friday.

The statistics office previously had the UK economy at 0.6 percent larger
than in 2019.

"The good news is that the economy is not already in recession," said Capital
Economics analyst Paul Dales.

"The bad news is that contrary to previous thinking, it still hasn't returned
to pre-pandemic levels."

The ONS also said the UK economy slumped 11 percent in 2020 on fallout from
the Covid pandemic.