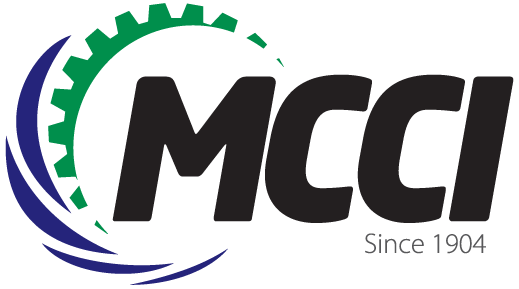 DHAKA, Sep 24, 2022 (BSS) - The Metropolitan Chamber of Commerce and Industry (MCCI) President Md Saiful Islam today suggested the government for introducing five-year long trade licenses so that the businessmen do not need to renew their licenses every year with spending money and time.

“Renewing trade licences in union parishad areas is tougher than the process under the city corporation areas,” he said while addressing a network luncheon for the business journalists at the MCCI office here.

Issuing the long term trade licences will eventually ease the doing of business which is very much needed in time of current economic situation, opined the MCCI President.

In case of five year long environmental certification, the authorities will inspect the companies periodically and if they find any irregularity they may cancel their licenses, he opined.

Different studies suggest that 17 percent efficiency in logistics will increase 7.0 percent trade which is essential in the erosion of preferential trade with LDC graduation.

The MCCI, a leading business chamber, also expressed different opinion with a claim of the National Board of Revenue’s (NBR) on taking of third time by businessmen of 11 days of goods release from the Chattogram Port.

Rather, if the release of shipping documents from port taken place through online, it would be possible to save the time, said Islam.

So, it is not right that the businessmen take more time for release of goods from the port as more than 99 percent trade is genuine, Islam said when he was replying queries to the journalists.

Recently, a study by the NBR said it takes 11 days for releasing the imported goods from the Chattogram Port where businessmen eat up one third time of 11 days and finally delays the release of goods from the port.

Islam, however, citing a study of the World Bank, said if the proper trade facilitation is given to the businessmen, some 14.3 percent trade will increase in Bangladesh which will eventually commensurate 8 percent to 13 percent trade because of erosion of preferential trade after the country’s LDC graduation in 2026.

He welcomed the initiative of central of currency swap with Chinese Yuan and process of trade with Indian Rupee with India as these steps will reduce pressure on reserve on US dollar with the Bangladesh Bank.

It is possible to save at least $4.0 billion if the one fourth of trade with India can be proceeded with exchange of taka and Indian rupees, as Bangladesh imported goods worth $16.4 billion from India, the second largest import destination after China, last fiscal year, Islam said.

The MCCI President also said the long term import restriction may create challenges for business and employment although the government can save a handsome amount of dollar in this crisis moment.

For instance, a member of the MCCI has faced a lot trouble on import of capital machinery recently because of having a control on import of luxury items.

In this regard, Islam said currently different of exchange rate between importers and exporters is 10 percent or more than Tk10.0 per dollar and Taka which is discriminatory.

For instance, the importers have to pay Tk110 per dollar to the banks and the exporters receive Tk98 and Tk99 per dollar.

The MCCI president also said employment generation will not be a big challenge as the domestic economy has been performing strong even in the crisis time.

However, the robustness of the economy is mainly depending on three important factors including peaceful domestic political environment, geo-political situation as the Russia Ukraine war is continuing alongside the climate change.