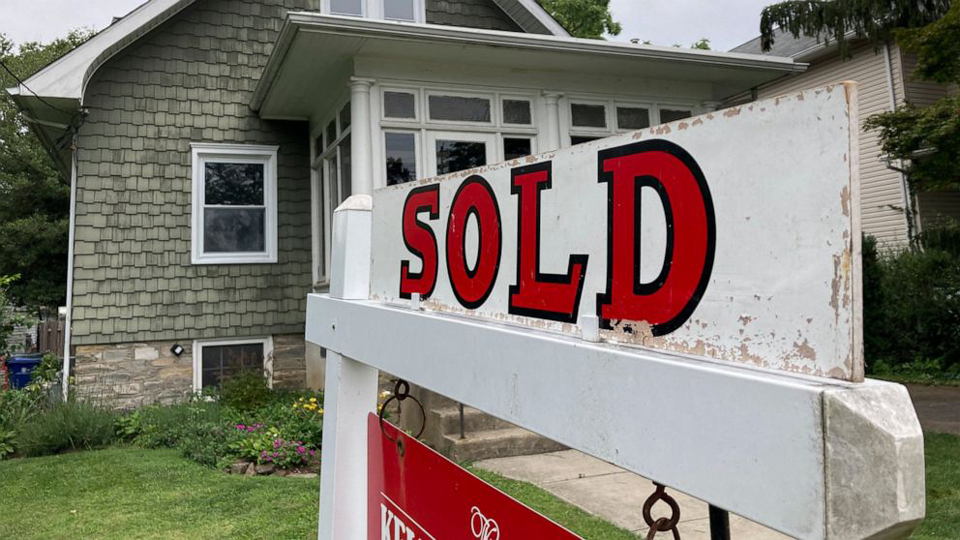 WASHINGTON, Aug 19, 2022 (BSS/AFP) - Existing home sales fell sharply in July, declining throughout the United States and in every price category amid high borrowing costs, according to industry data released Wednesday.

The sixth consecutive monthly decline came as home prices continued to rise albeit at a slightly slower pace, according to the National Association of Realtors (NAR).

The housing market soared during the pandemic as Americans, flush with savings, took advantage of bargain mortgage rates to snap up homes. The sector is a huge part of the world's largest economy since it drives spending in other categories, including appliances, furniture, and home improvement materials.

Existing home sales fell 5.9 percent compared to June, to an annual rate of 4.81 million units, seasonally-adjusted, NAR reported. That was below what economists had projected, and the lowest since November 2015, if the brief 2020 pandemic slump is excluded.

"The sales declines are pretty much across the board," with all four regions of the country, including the Midwest -- the most affordable -- seeing drops, NAR Chief Economist Lawrence Yun told reporters.

Pre-pandemic, prices were rising by about five percent a year, Yun said.

With the stock of unsold homes at just 3.3 months of supply, "this is still considered a tight market," with 39 percent of homes sold above list price, he added.

Purchases have dropped as loan costs jumped to nearly six percent, but Yun said it is possible that rates, which have fallen closer to five percent, may have peaked and sales could "stabilize... giving an additional boost of purchasing power to home buyers."

Other data show that builders are starting to pull back, and new home construction has slowed, and Yun said he is concerned that if mortgage rates ease further, a rush of new buyers into the market could worsen the housing shortage.

Existing home sales make up 90 percent of the real estate market. The government is due to release data on July new home sales Tuesday.