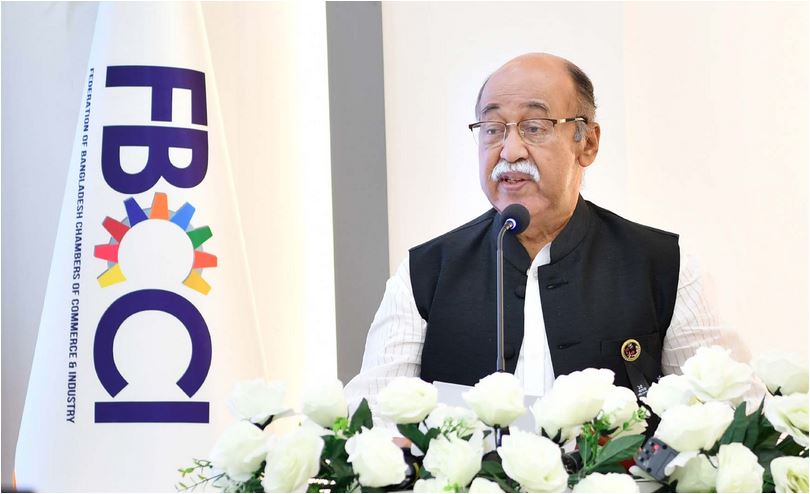 "Under the instruction of the Father of the Nation Bangabandhu Sheikh Mujibur Rahman, Industrial Investment Policy, 1973 was formulated on January 7, 1973 for sustaining and strengthening the country's economy through industrial development," he said.

The minister said this while speaking as the chief guest at a seminar titled "Bangabandhu's thought on SME development and Present Perspective" organized by Federation of Bangladesh Chambers of Commerce and Industry (FBCCI) in the city, said a press release.

In his speech, Humayun expressed dissatisfaction regarding bank financing to SMEs. "Generating profit by selling dollars is not the job of the banks - this is not ethical," he mentioned.

He said that commercial banks distribute 18 percent of their total disbursed loan to SMEs. "Only 9 percent SMEs have access to bank finance and the rest 91 percent remains unbanked," he added.

Moreover, he said, the proportion of SME loans has declined in recent years, which puts the development sustainability at a risk.

The unnourished SME is one of the major causes behind the alarm in discrimination, he added.

As the SMEs are neglected in the Bank's loan structure, bankers are reluctant to concentrate on these huge untapped potentials, he added.

FBCCI President Md Jashim Uddin said SMEs are the backbone of the economy. However, banks are reluctant to finance them as they feel comfortable with large companies, he added.

Terming access to finance as the biggest challenge for SMEs, the president said, Prime Minister's loan incentive package for large industries had been distributed in three months, in contrast incentives for SMEs have not been disbursed in two years.