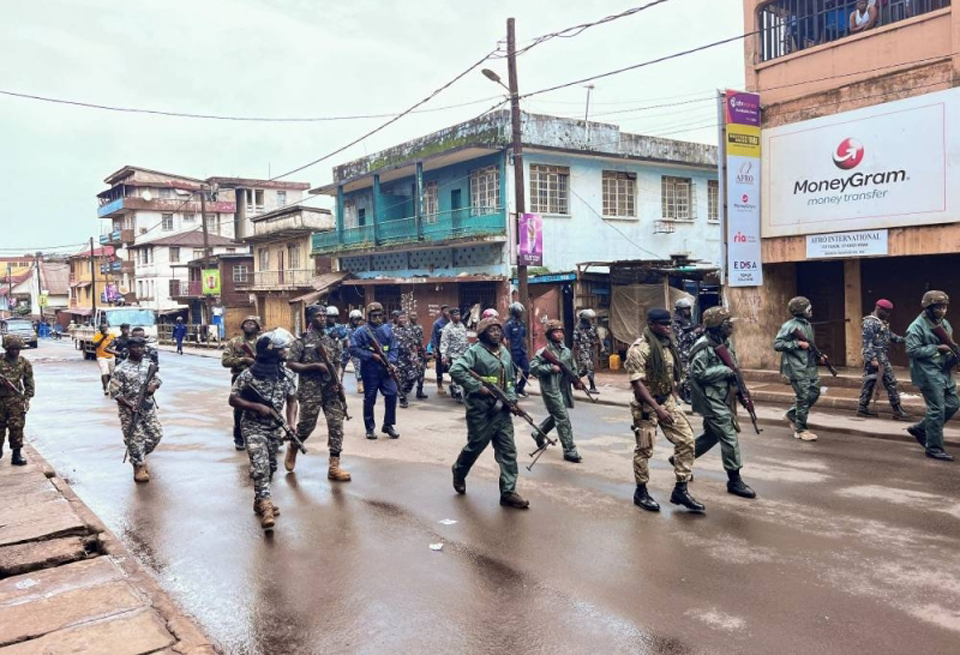 FREETOWN, Aug 13, 2022 (BSS/AFP) - The president of Sierra Leone blamed deadly protests this week on opposition parties, claiming Friday night that his political rivals had attempted to overthrow his government in a "premeditated" insurrection.

On Wednesday, a demonstration organised by women to draw attention to inflation and the rising cost of living descended into clashes between security forces and young men demanding President Julius Maada Bio resign.

Violence erupted in several parts of the country, with the authorities imposing an internet blackout in response.

Six protesters and four police officers were killed, according to police and hospital sources, but no official toll has been given.

While shops and businesses in the capital Freetown have reopened, the government has imposed a curfew between 7:00 pm and 7:00 am and troops patrol the streets.

In an address to the nation on Friday evening, Bio, a general turned politician who was elected in 2018, said the opposition had been stoking tensions "for some time".

"This was not a protest against the high cost of living occasioned by the ongoing global economic crisis," he said. "The chant of the insurrectionists was for a violent overthrow of the democratically elected government."

He specifically cited members of the All Peoples Congress, his party's main political rival and the country's former ruling party, as well as the People's Progressive Party (PPP).

"The peace, security and stability of this nation were shattered by persons whose insurrection was pre-meditated, well-planned, financed and executed with shocking brutality," he said.

Shortly after the president's address, the APC released its own statement calling for adherence to rule of law, though it did not directly respond to the allegations.

"We urge all stakeholders to de-escalate tensions and avoid inflammatory rhetoric (or) unfounded pronouncements," it said.

"As a party, we continue reaffirming and reinforcing our commitment to sustainable peace and national cohesion."

Bio promised an investigation into the unrest and state funerals for the security officers who were killed.

Sierra Leone has had a reputation for relative stability since the end of a civil war that ran from 1991 to 2002 and left about 120,000 dead.

But the economy, heavily dependent on minerals, has struggled to rebound, and the population of eight million lives in one of the poorest nations in the world.

Efforts at rebuilding were set back by an Ebola epidemic in 2014-2016, a fall in world commodity prices and the coronavirus pandemic -- all of which have disrupted trade and investment and hit exports.

In July, the country slashed three zeros off its currency hoping to restore confidence in the inflation-hit leone.