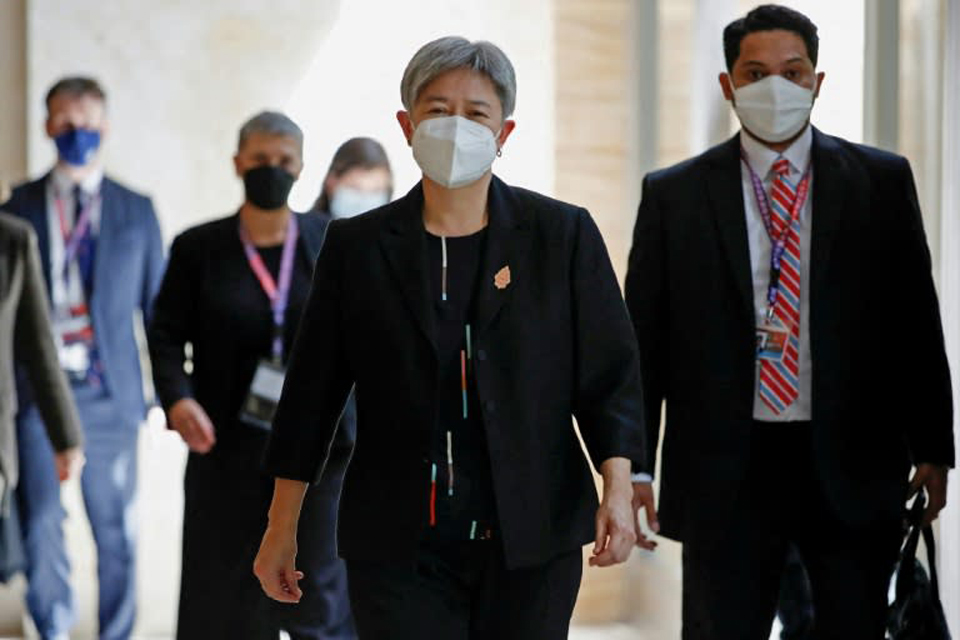 Foreign Minister Penny Wong said she aimed to "stabilise" relations when she meets with Chinese Foreign Minister Wang Yi later in the day on the sidelines of a Group of 20 meeting in Bali, Indonesia.

"We won't be making any concessions when it comes to Australia's interests," she added.

The Australian minister said the first step to stabilising relations would be to resolve trade disputes between the two countries.

"We don't believe those blockages are in our interests," she said. "We would say to China, they are not in China's interests."

Prime Minister Anthony Albanese's centre-left Labor government, which came to power in May, has called on Beijing to drop its trade tariffs to improve relations.

China -- Australia's biggest trading partner -- imposed tariffs and disrupted more than a dozen key industries, including wine, barley and coal, as relations deteriorated in the past two years.

Canberra had irked Beijing by calling for an independent probe into the origins of the coronavirus pandemic and by banning telecoms giant Huawei from taking part in the construction of Australia's 5G network.

Wong said both sides of Australian politics supported a "one-China" policy, which recognises Beijing, not Taipei, as the government of China.

China views the self-ruled democratic island of Taiwan as part of its territory to be reclaimed one day, by force if necessary.

"We support the status quo and we will work with others to urge that would be no unilateral change to that status quo," Wong said.

Wong added that she would "diplomatically and directly" raise the cases of journalist Cheng Lei and democracy activist Yang Hengjun, Australian citizens detained in China.