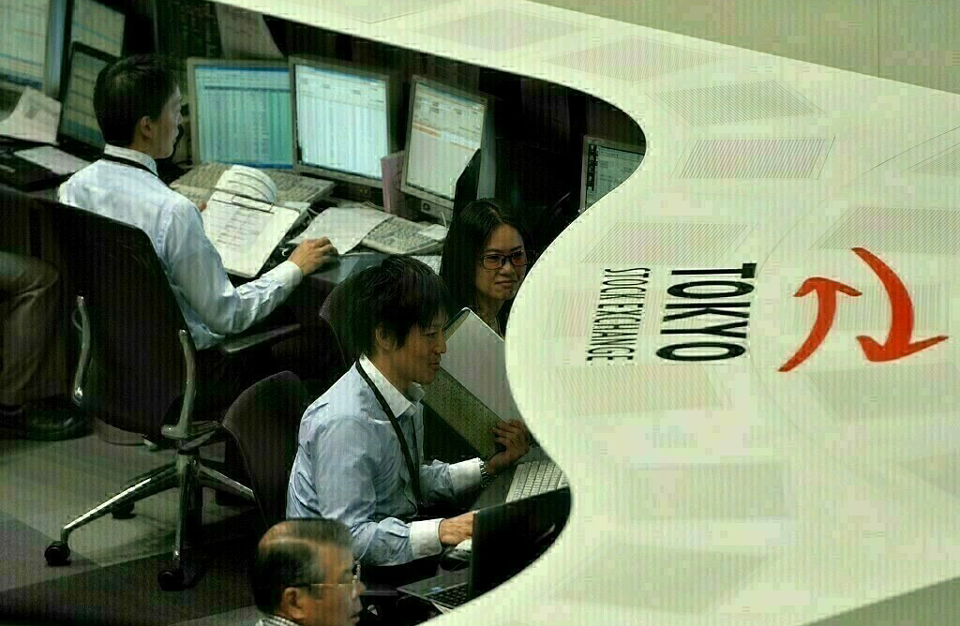 Tokyo shares enjoyed an upward swing after Wall Street stocks ended higher, taking cues from the Fed minutes, in which officials said a "more restrictive stance" could "be appropriate if elevated inflation pressures were to persist", even at the risk of slowing growth.

The minutes suggested that "the July rates decision is about 50 or 75 basis points", as policymakers work to control soaring inflation, Ray Attrill of National Australia Bank said in a note.

"So, stocks are bouncing higher with the global market backdrop not quite as gloomy as Tuesday; for markets, the most significant challenge right now is to break out of this negative feedback loop with recession risk and stubbornly hawkish Fed prices cratering the runway," he wrote in a note.

The Tokyo market benefited from the overnight gains on Wall Street, but some investors might refrain from making major moves ahead of a national election this weekend, Okasan Online Securities wrote in a note.

Major growth stocks in Japan have been rebounding "and it should fuel more optimism for Tokyo shares and provide support", Okasan added.