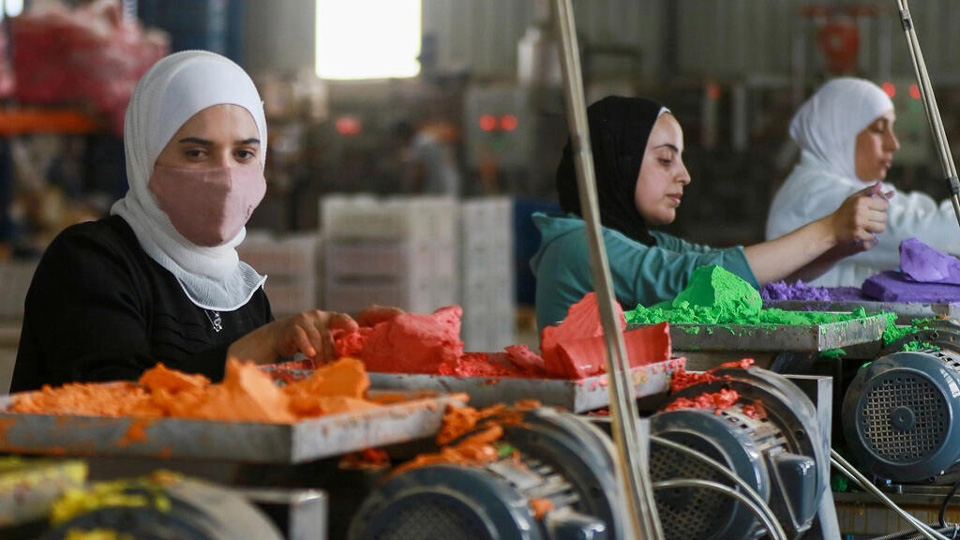 Chemical engineer Salah Aloqbi remembers sitting on a bus in Amman in 1995
when he hit on the idea that would lead him to create his company. More than
two decades later it boasts 150 staff, with exports to more than 100
countries.

Chalk, a white, soft limestone, was formed aeons ago when the shells of tiny
marine creatures were compressed on the sea floor -- and the landlocked
Middle Eastern desert country of Jordan is blessed with vast deposits.

"It was a game-changing idea," recalled Aloqbi, now 49, who founded the
Jordan Chalk Manufacturing Company.

"I was returning from work at the Jordan Carbonate Company when I heard a
radio interview saying that the calcium carbonate produced by the company is
used in various industries in Jordan -- except the chalk industry."

Aloqbi pondered how to make blackboard chalk, which was until then wholly
imported, to gain extra value from the calcium carbonate that is also used to
produce white cement, make soils less acidic, and toothpaste more abrasive.

Seven years later, he launched a small factory in Karak governorate south of
Amman, with two rooms and just five workers, and started experimenting --
initially by pulverising the porous material with a meat mincer.

"But the chalk that we produced at that time was no longer used around the
world, so we moved to produce dustless medical chalk," he said, referring to
a carbonate-based type with larger particles.

Jordan has a near endless supply of the raw material, with the ministry of
energy and mineral resources estimating the country's "assets of limestone
exceed 1.3 billion metric tons".

Limestone is the common form of calcium carbonate CaCO3, the main ingredient
for chalk.

"It comes to mind that this is an outdated product, but the truth is that we
are struggling to meet the great demand," Aloqbi said as he inspected
hundreds of cartons heading to Britain and Germany, Mali and Morocco.

The chalk pieces come in a wide palette of colours and are used for art and
play around the world.

The firm has also branched out into coloured crayons and modelling clay, and
is the country's only producer of chalk sticks.

Today, the company sits on a 7,500 square metre plot and offers sought-after
jobs in a country where the unemployment rate soared to 25 percent last year,
about the same as the poverty rate.

"Most of us are from villages in Karak governorate," said one employee, 28-
year-old Sundus Majali. "More than half of the workers are women."

At first, she said, "it was difficult for parents to allow females to work
... But today they have no problem with that, especially because the factory
is safe, not like other workplaces."

Another colleague, Alaa Aloqbi, 33, said "the factory has provided job
opportunities at a time when life became difficult".