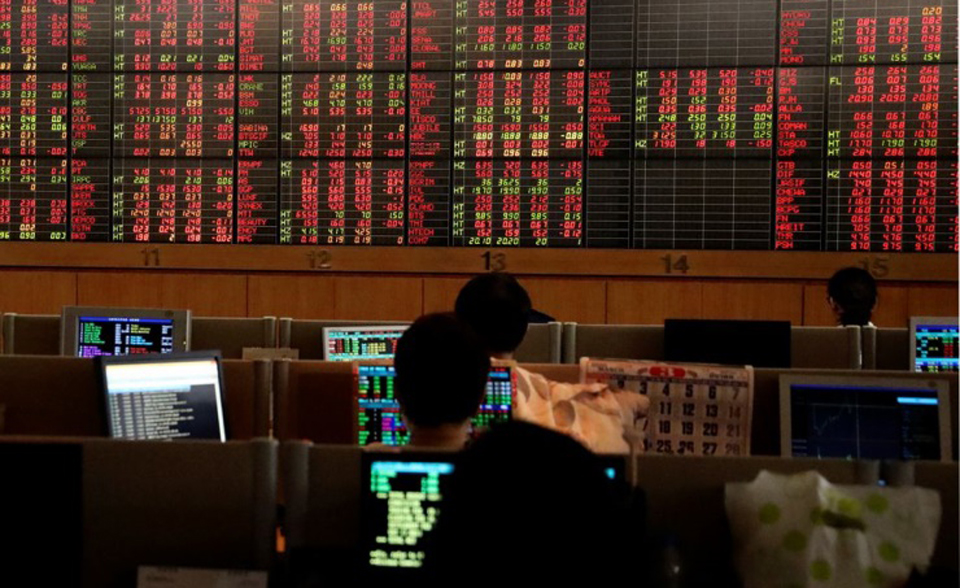 Data showing a flare-up of fresh Covid-19 cases in China revived concerns
about the government's policy of locking down towns and cities to eradicate
the disease, despite the economic cost.

After the S&P 500's worst January-June since 1970, Wall Street got the second
half off to a healthy start Friday as a below-forecast reading on US
manufacturing provided hope banks will not go on an extended period of
monetary tightening.

That followed a drop in confidence among consumers -- a key driver of the
world's top economy.

However, National Australia Bank's Rodrigo Catril said the Federal Reserve
and other global financial chiefs might not ease back on their rate hikes too
soon as inflation remains elevated.

"While the data is suggesting a US economic slowdown is coming, we are not
yet seeing signs of an ease in inflationary pressures, an important
distinction given the Fed will continue with its aggressive tightening
approach until it sees evidence of the latter," he said in a commentary.

In a sign of the struggle officials will have in controlling rising prices,
figures showed eurozone inflation hit a record 8.6 percent in June. The
European Central Bank is due to lift rates this month for the first time in
more than a decade.

Still, while surging prices remain a huge problem, Chris Weston, at
Pepperstone Group, said the psychology is "shifting radically from inflation
concerns to one now where we're firmly focused on growth".

Hong Kong dropped as investors returned from a long weekend to play catch-up
with Friday's losses, while Shanghai, Seoul, Taipei and Jakarta were also
down.

A rise in new Covid cases in China over the weekend weighed on sentiment
among investors who fear a return to the painful lockdowns in major cities
including Shanghai, which hammered the world's number two economy.

The country saw more than 700 new infections Saturday and Sunday, having held
below 50 a day for the previous two weeks.

Macau saw its first two Covid deaths at the weekend and authorities said they
would consider a city-wide lockdown to fight the disease. The comments sent
Hong Kong-listed shares in Macau casinos plunging.

Concerns about recession weighed on oil prices Monday as traders bet on a
drop in demand, while the head of Asia at crude trading giant Vitol said he
saw signs consumers were beginning to feel the pressure of high commodity
costs.

"There's very clear evidence out there of economic stress being caused by the
high prices, what some people refer to as demand destruction," said Mike
Muller. It is "not just oil, but also liquefied natural gas".