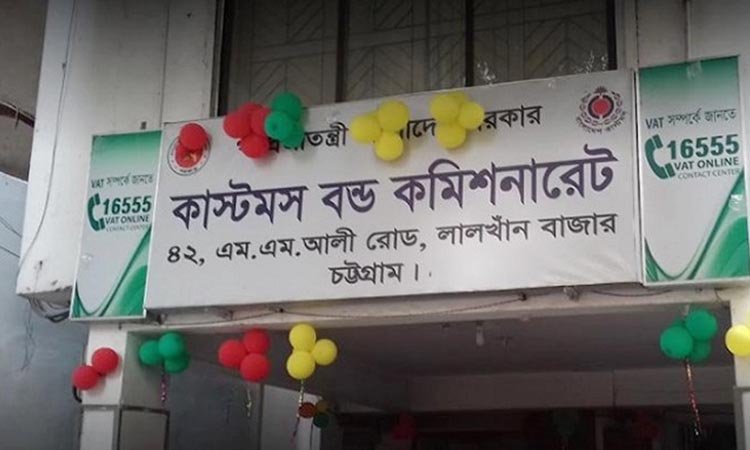 CHATTOGRAM, July 3, 2022 (BSS)- The Bond Commissionerate, one of the revenue
earning sectors of the National Board of Revenue (NBR), has exceeded its
revenue collection target in 2021-22 fiscal year.

The revenue collection from this Commissionerate was Taka 801 crore against
the target of Taka 650 crore in 2020-2021 fiscal.

The revenue collection at Chattogram Commissionerate was Taka 178 crore
higher in the last fiscal year (FY22) compared to the previous fiscal year
(FY21) with a healthy growth of 22.22 percent, he said.

"Out of the total revenue of Taka 979 crore, Taka 209 crore has been
collected from 91 organisations through preventive activities, which is also
21.34 percent of the overall revenue collection," Mahbubur Rahman said,
adding that these institutions evaded government revenue at different times.

He informed that the target was achieved due to regular inspection and
surveillance of the bonded warehouse.

Besides, the audit authority has initially revealed revenue evasion of Taka
3,164 crore against some industrial organisations for which show cause
notices have already been served.