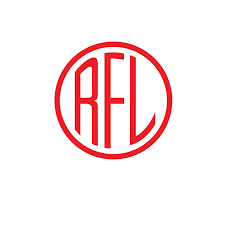 DHAKA, July 3, 2022 (BSS) - British International Investment (BII), the UK's
development finance institution, has announced a US$23 million loan to RFL
Electronics Ltd (REL), a consumer electronics manufacturer based in
Bangladesh and part of the PRAN-RFL group.

The new loan facility will enable REL to expand its electronic home appliance
production, which will help create at least 600 new jobs.

BII's capital will fund the import of capital machinery required to
facilitate REL's expanded operations in its new factory building in Danga
Industrial Park, where the company will increase its refrigerator
manufacturing capacity and assembly of small appliances such as rice cookers
and blenders, said a press release.

This expansion of the business will help to create at least 600 jobs, 40
percent of which are expected to be semi-skilled workers.

The loan marks BII's first2X Challenge investment in Bangladesh, owing to the
company's women leadership at its board level and its initiative to advance
quality employment opportunities for women within REL's workforce.

The release said 2X Challenge is an initiative launched by development
finance institutions (DFIs) of the G7 to mobilise capital to support
increased economic empowerment for women in emerging economies.

This loan facility follows BII's initial US$15 million investment in REL in
2018, which supported the company in setting up its manufacturing and
assembly operations.

Commenting on the fresh investment, British High Commissioner to Bangladesh
Robert Chatterton Dickson said, "I am delighted that British International
Investment is more than doubling its investment in PRAN-RFL, one of
Bangladesh's leading conglomerates. I am especially pleased that the
investment recognises PRAN-RFL's efforts to increase women's employment."

The High Commissioner also said BII is central to the UK's new international
development strategy and it is delivering honest and reliable investment that
creates jobs and supports economic development in Bangladesh.

M. Rehan Rashid, country director of British International Investment,
Bangladesh said: "I am thrilled that we are deepening our partnership with
PRAN-RFL group through this loan."

"This latest investment in REL demonstrates BII's commitment to continuing to
back the growth of an ambitious partner that is making strong strides toward
accelerating productivity in the country and creating inclusive economic
opportunities in form of jobs for women and semi-skilled," he added.

Ahsan Khan Chowdhury, chief executive officer of PRAN-RFL Group, said: "The
facility will help boost local manufacturing and cater to the increasing
demand for electronics products from the fast-growing and urbanising middle-
income segment in Bangladesh."