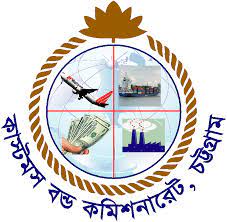 DHAKA, July 2, 2022 (BSS) - The Customs, Excise and VAT Commissionerate, Chattogram fetched a Taka 979 crore revenue in the last fiscal year (FY22), which was also Taka 28 crore higher than the strategic export target of Taka 951 crore for the last fiscal.

Talking to BSS, AKM Mahbubur Rahman, Commissioner of the Customs, Excise and VAT Commissionerate, Chattogram said that the revenue collection from this Commissionerate was Taka 801 crore in the FY21 against the target of Taka 650 crore.

He said that the revenue collection at Chattogram Commissionerate was Taka 178 crore higher in the last fiscal year (FY22) compared to the previous fiscal year (FY21) with a healthy growth of 22.22 percent.

Mahbubur informed that it was possible to exceed the revenue collection target from this Commissionerate since there was regular bonded warehouse inspection and surveillance. He said Taka 209 crore revenues came through resistance activities in the last fiscal year which is also 21.34 percent of the overall revenue collection.

Besides, tax evasion of Taka 3,164 crore was unearthed initially through audit for which show cause notices have been served against the concerned.

The Commissioner also informed that from July 1, 2021 to June 30, 2022, cases were filed against some 91 enterprises worth about Taka 220.65 crore. Out of that amount, Taka 209.26 crore was realized. Apart from this, tax evasion of Taka 3,148 crore was also unearthed during that period against some 50 firms.