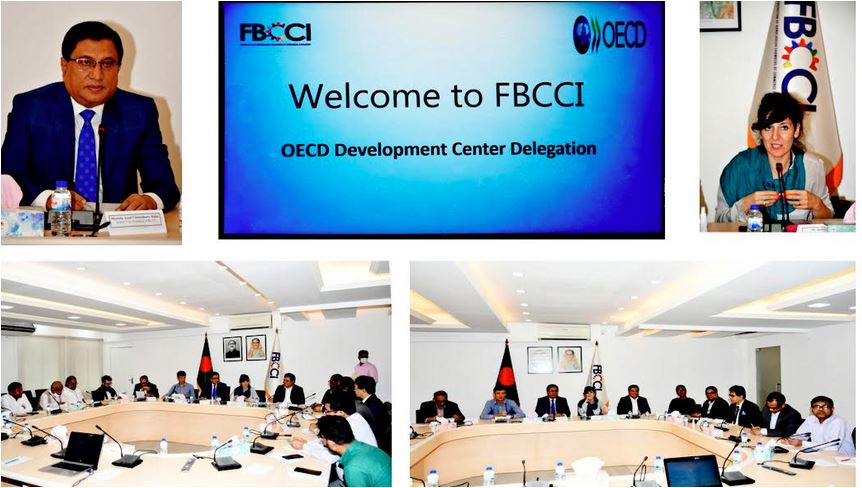 DHAKA, May 25, 2022 (BSS) - A visiting delegation from the OECD Development
Center has expressed interest in the FBCCI Innovation Center to be set up at
FBCCI's initiative to meet the post-LDC challenge.

In a meeting held with the delegation at the FBCCI office today, the FBCCI
leaders highlighted the role of the private sector and FBCCI in the economic
transformation of Bangladesh, said a press release.

At the same time, the leaders informed that the FBCCI is going to set up an
innovation center for skill up gradation, research and innovation activities
to deal with the new situation after 2026.

They sought OECD's support in this initiative.

Annalisa Primi, Head, Economic Transformation and Development Division,
expressed her interest and hoped to learn more in near future.

FBCCI Senior Vice President Mostofa Azad Chowdhury Babu highlighted the
various activities of the FBCCI in creating a business and investment
friendly environment in the country.

He said that under the visionary leadership of Prime Minister Sheikh Hasina,
Bangladesh is moving towards economic development at an indomitable pace.

Vice President MA Momen said that the FBCCI is committed to achieving the
Sustainable Development Goals (SDGs). It is also reflected in the new logo of
the organization, he added.

Vice-President Md Amin Helaly said that the informal sector contributed a lot
to the country's economy and it's now the time to formalize them. He sought
cooperation from OECD in this regard.

Earlier, the delegation visited FBCCI's Mujib Corner and on behalf of the
delegation Annalisa Primi signed the visitors' book.