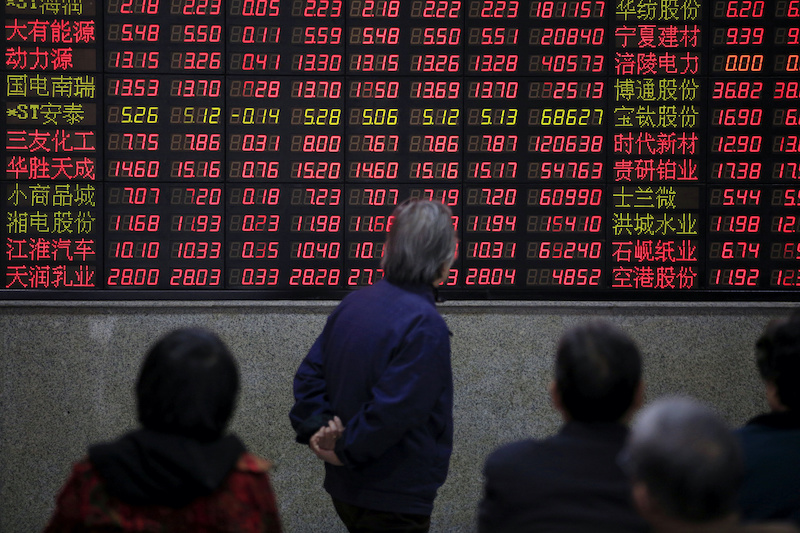 Investors will be looking to the release on Wednesday of notes from the
latest Federal Reserve committee meeting for clues on further rate hikes by
the US central bank.

Wall Street ended the week essentially flat after the S&P 500 had briefly
dipped into a bear market, with the index down about 19 percent from its
January high.

A Chinese interest rate cut did little to cheer Asian markets, with investors
concerned about continuing Covid restrictions that are hurting the world's
second-largest economy and snarling international supply chains.

Seoul, Kuala Lumpur and Bangkok were higher while Singapore and Manila were
down and Sydney was flat following a weekend election that saw the centre-
left Labor party end a decade of conservative rule.

The new government of Prime Minister Anthony Albanese is expected to
undertake some policy shifts, particularly on climate change, but economists
said they were unlikely to upset growth forecasts.

"In our view there was little proposed by the incoming government during the
election campaign that at this stage requires us to revisit our economic
forecasts," Commonwealth Bank of Australia economists said in a note.

"Put another way, our economic forecasts and call on the (Australian central
bank) are unchanged despite the change of national leadership."

Oil was higher, with US crude benchmark WTI up 0.5 percent and Brent gaining
0.7 percent.

The invasion of Ukraine has shaken up the global market and the outlook for
key producer Russia, which has been largely shunned by Western countries.