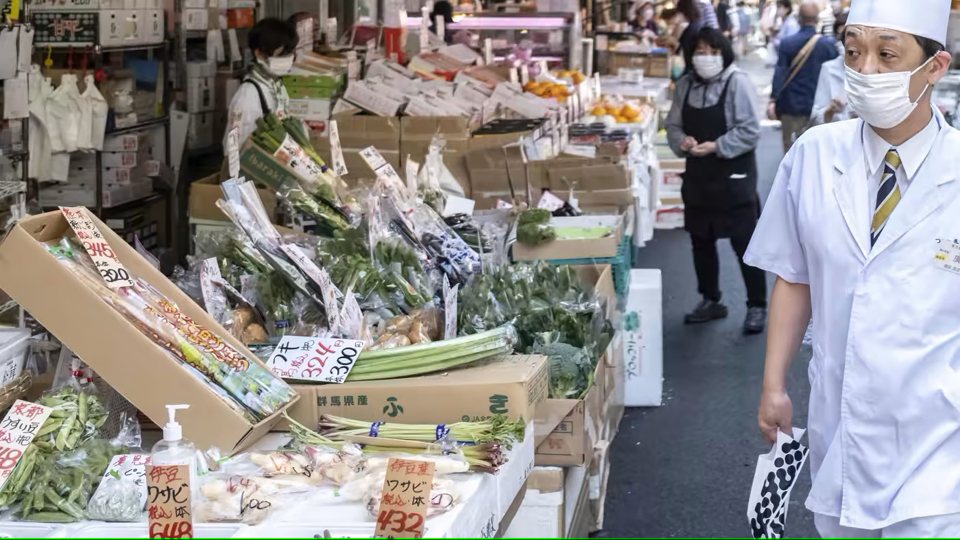 It was the first time since March 2015 that the figure has breached the 2.0 percent set by the Bank of Japan as its long-term inflation target.

The reading, against market expectations of 2.0 percent, is the eighth consecutive monthly increase following a 0.8 percent rise in March.

And excluding energy, prices were up 0.8 percent in April, against market expectations of a 0.7 percent rise.

That was the first positive figure since July 2020, underpinning the impact of skyrocketing energy costs which have been magnified by higher import prices.

After years of price stagnation, some manufacturers and stores in Japan who rely on imported resources have begun to raise prices.

Last month, the Bank of Japan hiked its full-year inflation forecast but cautioned that it sees rising prices, driven by a surge in commodity costs partly caused by the Ukraine war, as a temporary and volatile trend.

Despite climbing prices and a slump in the yen to a 20-year low against the dollar, the bank left its ultra-loose monetary policy unchanged.

The bank argues that the price rises are not likely to last and therefore do not mean its inflation target has been achieved.

Others pointed out that last month's leap was driven in large part by a plunge last April in mobile phone fees.

Rising energy prices and other hikes are squeezing Japanese consumers and businesses, with Japan's household spending dipping 2.3 percent in March from a year earlier.

Analysts have warned that the pace of nominal wage increases in Japan is unlikely to track rising prices, dampening spending appetites.

Bank of Japan's governor Haruhiko Kuroda has repeatedly said there is no need to change the central bank's super-loose monetary policy aimed at battling the country's decades of deflation or weak inflation and shoring up the economy.

"Importantly, we expect no significant rise in wage growth and inflation expectations," the UBS economists said.

"We thus believe two percent inflation this time is unsustainable," they said.

That combination of factors is likely to mean the central bank will not shift tack, said Marcel Thiellant, senior Japan economist at Capital Economics.

"With GDP yet to surpass its pre-virus level and wage growth still subdued, that won't convince the Bank that tighter monetary policy is required," he said in a note.

Japan's economy shrank slightly in the first quarter of 2022, hit by Covid restrictions and higher prices.

Economists expect it to rebound in the April-June quarter, but warn there is significant uncertainty because of rising commodity prices, lockdowns in China and potential virus flare-ups.