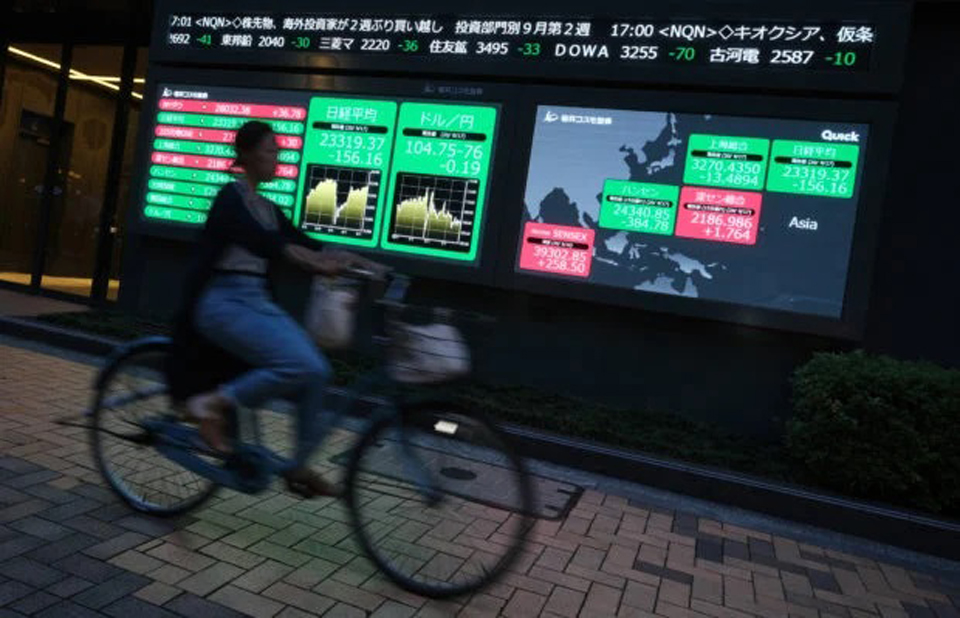 Leading indices have see-sawed at even the slightest anticipation of volatility -- or relief -- and the risk of a global recession is "top-of-mind" for investors, said Stephen Innes of SPI Asset Management.

"But as the procession to recession shortens, growth concerns are rising, leaving equities vulnerable to the negative feedback loop," he added.

"What would typically be met with a shoulder shrug, incrementally weaker data can now amplify downside move. And with few positive developments of late, the market remains vulnerable to the prevailing narrative, with the negative feedback loop only growing louder in recent sessions."

Wall Street had a tough run this week, thanks to back-to-back earnings misses from Walmart and Target which revealed difficulties managing rising costs, as well as weaker-than-expected Chinese economic data.

On Friday morning, China announced it would lower its five-year loan prime rate -- a key interest rate governing how lenders base their mortgage rates -- from 4.6 percent to 4.45 percent.

The move will help reduce mortgage costs, serving as a boost for demand as China undergoes a property slump and its economy bleeds from stopped ports and factories due to Covid lockdowns.

"In addition to the conventional approaches including infrastructure investment and tax deduction, direct subsidies or cash payout to consumers may be adopted to stabilize domestic demand and employment," he said.

Data released this week from China showed the extent of economic pain inflicted by Beijing's strict zero-Covid policy, with retail sales and factory production slumping to its lowest in over two years.

The unemployment rate also climbed in April to 6.1 percent -- the highest in more than two years.

Asian markets opened up Friday, with Seoul, Hong Kong, Tokyo, and Singapore all seeing a one percent boost.