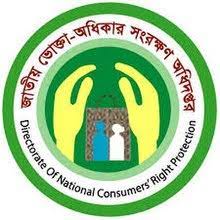 DHAKA, May 19, 2022 (BSS) - Director General of the Directorate of the
National Consumer Rights Protection AHM Shafiquzzaman today said that the
government wants to maintain the supply chain of goods and commodities to
ensure the rights of the consumers.

"It was not supposed to create a crisis of edible oil in the market,
according to official data. But, despite this, a crisis was created to some
extent......but, the government wants to maintain the supply chain of goods
and commodities," he said.

Shafiquzzaman said this while addressing a seminar titled "The Consumer
Rights Protection Act-2009 in participation with the economic reporters"
organized jointly by the Directorate of the National Consumer Rights
Protection and the Economic Reporters' Forum (ERF) held at the ERF auditorium
in the capital's Paltan area.

He also informed that the Directorate has taken a decision to work jointly
with the intelligence agencies and the law enforcement agencies to protect
the rights of the consumers.

The Director General said that the biggest weakness of the Directorate of the
National Consumer Rights Protection is the lack of proper data and
information.

"There is no legal source of data for this organization. There is also no
scope for scrutinizing the available information received from the consumers
and personal sources," he said.

Speaking on the edible oil issue, he said that the companies in the country
have lowered their production while the businessmen are also keeping hold of
their supply orders.

In a sense, he said that there is an attempt of creating monopoly or
syndicate in this market.

Director (admin and finance) Monjur Mohammad Shahriar said that there is a
need for strengthening more the Consumer Rights Protection Act to make
sustainable the development spree.

Shahriar also sought cooperation from the media for protecting the rights of
the consumers.

AFP Bureau Chief and ERF vice president Shafiqul Alam said that the nature of
businesses is being changed with the economic advancement of the country.

"On the other hand, the purchasing power of the consumers has increased. So,
there is a need to amend the Consumer Rights Protection Act. The punishment
for violating the law should be tougher."

He also suggested increasing the research and intelligence operations of the
Directorate.

Consumers Association of Bangladesh (CAB) Adviser Kazi Abdul Hannan spoke on
the occasion while Rajabi Nahar Rajani presented a paper on the operations of
the Directorate and its Act.

Later, the Director General of the Directorate responded to various queries
from the reporters.