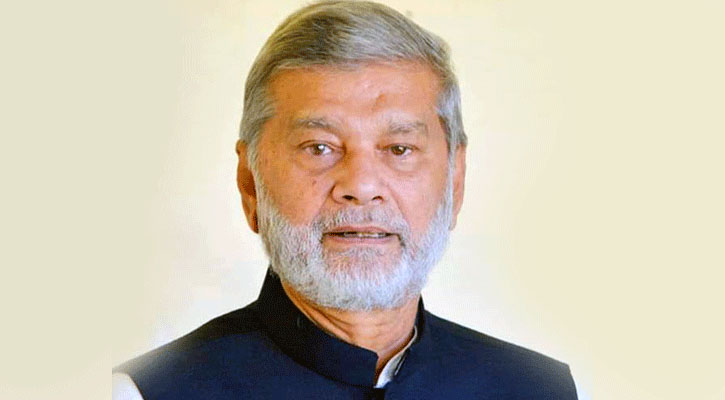 DHAKA, May 18, 2022 (BSS) - Planning Minister MA Mannan has said the present
government is very much sincere in handling the on-going economic issues
arising out of the current global condition.

"So, economics is a very important issue and you can't get panicked about
it," he said.

The Planning Minister said this while addressing a roundtable discussion on
national budget for the next fiscal year (FY23) organised by the Institute of
Cost and Management Accountants of Bangladesh (ICMAB) held yesterday evening
at ICMAB Ruhul Quddus Auditorium in the city's Nilkhet area, said a press
release here today.

Comptroller and Auditor General of Bangladesh Mohammad Muslim Chowdhury spoke
at the programme as special guest while Dr. Zaid Bakht, chairman of Agrani
Bank Ltd and Professor Mustafizur Rahman, distinguished fellow of Centre for
Policy Dialogue (CPD), were present as guests of honor.

Mentioning that the government has an eye on the marginalized people, Mannan
said they could not control the market because of the practice of its
economy. "We're working to reduce the cruelty of the market economy as much
as possible by accepting its reality."

The Planning Minister also noted that stability and continuity of the
government are essential for economic development.

Abu Sayed Md. Shaykhul Islam, council member and former President of ICMAB,
moderated the session and Md. Munirul Islam offered the vote of thanks.
Secretary of ICMAB AKM Kamruzzaman presented the key-note paper on the
national budget for FY23.

The budget is not only a sheet of income and expenditure, Muslim Chowdhury
said, adding: "At present, there is more transparency in the budget
formulation than ever before. The national budget is only a segment of public
financial management and it is one-fourth of the total public financial
management issues."

He mentioned that the government has limitations in resources as on average,
over 30 percent of country's GDP is invested where 24 percent comes from the
private sector while the remaining eight percent from the government.

Speakers at the event advocated for lowering the corporate tax rate in line
with competing countries as well as demanded of the government for having a
consistent tax policy to bring the private investors under confidence.

They said it is also necessary to restructure the tax rates of the individual
tax payers to give a relief to the low income group.

Considering the on-going inflation scenario, the participants suggested that
the government should find out the ways to keep the mid-income group in a
comfort zone.

The speakers said income generating development projects should be completed
as early as possible avoiding time overrun and cost overrun while those
development projects could be deferred which would not generate any income
for the government in near future.