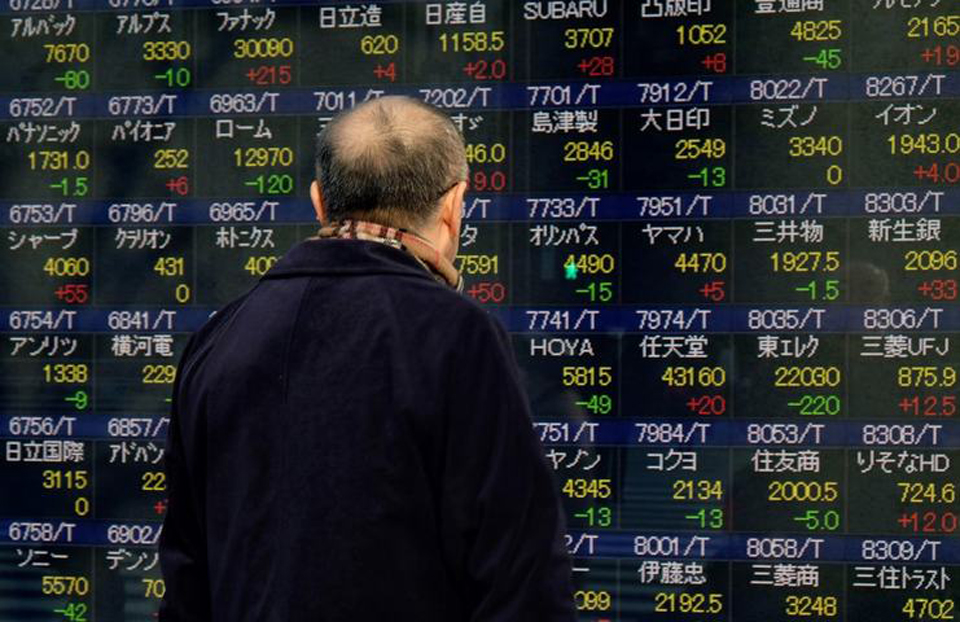 HONG KONG, May 18, 2022 (BSS/AFP) - Asian stocks were mixed Wednesday
following a strong start in some markets, which took the lead from Wall
Street where traders were cheered by brisk US retail sales data.

The US Federal Reserve's tightening of monetary policy to contain surging
inflation has sent jolts through global markets, deepening the apprehensions
of investors already roiled by China's Covid lockdowns and the Russian
invasion of Ukraine.

But there was some good news out of the United States Tuesday, with data
showing increased spending by Americans in April. Retail sales rose 0.9
percent -- partly boosted by a rebound in auto purchases.

"The economy is slowing but the consumer still looks good and that means the
economy is still positioned to avoid a recession," said Edward Moya of OANDA.

Tokyo, Sydney and Singapore rose in Wednesday trade, thanks to the bounce in
New York.

By mid-morning, however, Hong Kong and Shanghai dipped into negative
territory after a positive start.

The US consumer data added to the boost from China earlier this week, where
authorities said Shanghai -- the economic engine of the world's second-
largest economy -- will "gradually reopen" businesses.

Most of the city's 25 million people were placed under lockdown for weeks as
authorities battled a major Covid outbreak.

Millions were still confined to their homes Wednesday as confusion abounded
over official statements about achieving zero Covid cases.

But just the indication of an easing was enough to boost markets, which have
been concerned about the impact of China's lockdowns on the global economy --
especially supply chains.

Central banks around the world are concerned about skyrocketing prices, and
on Tuesday Fed chair Jerome Powell said it needs to see "clear" evidence that
inflation is coming down before pulling back on efforts to cool the economy.

He acknowledged that it may be a "bumpy" ride that would inflict some pain.

His comments were in line with market expectations, said Stephen Innes of SPI
Asset Management.

"Still, the debate is evolving among the active trading community from
recessionary capitulation mode to one that is short and not a particularly
deep recession," he said.

"So while this is a tacit acceptance that the Fed is in catch-up mode and is
prepared to constrain demand to get inflation down, they are unlikely to do
it in a jackhammer fashion."