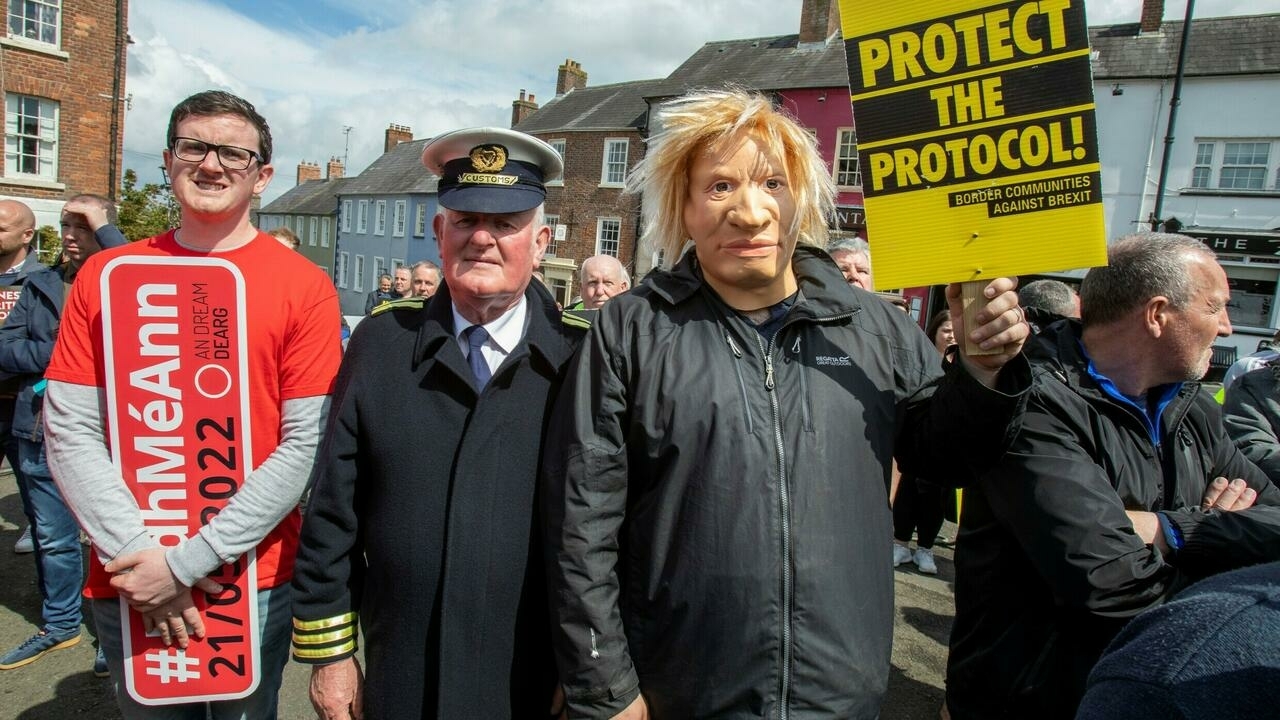 overhaul post-Brexit trade rules in Northern Ireland which have sparked a
political crisis in the province, amid fears it is risking a UK-EU trade war.

Foreign Secretary Liz Truss will "set out the rationale for our approach" in
a statement to MPs in parliament, according to Prime Minister Boris Johnson's
spokesman.

The UK government is yet to confirm what that entails, but media reports have
said it is planning legislation allowing London to unilaterally override some
of the rules around Northern Irish trade.

London wants to rewrite the so-called Northern Ireland protocol, which it
agreed as part of its 2019 divorce deal with the European Union, amid trading
frictions since it came into force last year.

The arrangements, which mandate checks on goods arriving into Northern
Ireland from England, Scotland and Wales, have angered the province's
unionists who claim they undermine its place within the UK.

The largest pro-British party, the Democratic Unionist Party (DUP), is
currently refusing to resume power-sharing in Belfast with pro-Irish rivals
Sinn Fein until the protocol is reworked.

Its stance comes nearly two weeks after Sinn Fein won a historic first
victory in elections for the devolved Stormont assembly, which entitle the
party to the role of first minister in a joint executive with the DUP.

The impasse threatens to leave Northern Ireland, which suffered three decades
of sectarian conflict until a 1997 accord largely ended the violence, without
a government.

Johnson is adamant the current situation risks peace and stability in
Northern Ireland and that his government has the right to act if the EU
refuses to meet its demands.

"We don't want to scrap it, but we think it can be fixed," he told reporters
during a visit Monday to Northern Ireland to meet its political leaders.

"We would love this to be done in a consensual way with our friends and
partners, ironing out the problems... but to get that done, to have the
insurance, we need to proceed with a legislative solution at the same time,"
he added, referring to the planned legislation.

Reports say the mooted draft law, which will allow UK ministers to
selectively disapply parts of the protocol, may not be tabled yet and would
in any case take months to progress through parliament.

That could prove insufficient to persuade unionists to resume power-sharing
in Northern Ireland, with the DUP saying Monday it needed "decisive action"
not "the tabling of legislation".

The EU, which has been in discussions for months with the UK over improving
the implementation of the protocol, has insisted it cannot be renegotiated.

European leaders have warned London against taking unilateral steps, and
suggested it could jeopardise their entire Brexit deal, resulting in punitive
tariffs and an effective trade war.

"This is an international treaty, it's international law, we can't just
pretend it doesn't exist," Ireland's Foreign Minister Simon Coveney said on
Monday in Brussels.

"Countries need to keep their word when they sign treaties," he added.

Johnson's government says that checks on goods heading to Northern Ireland
from England, Scotland and Wales are undermining peace in the province, with
unionist protests already turning violent in the past 18 months.

The separate trading arrangements, which bind the province to many European
rules, were agreed because it has the UK's only land border with the EU.

Keeping the border open with neighbouring Ireland, an EU member, was mandated
in the Good Friday Agreement, given the frontier was a frequent flashpoint
for violence.

But it means checks have to be done elsewhere, to prevent goods getting into
the EU single market and customs union by the back door via Northern Ireland.

Meanwhile the United States, which was a guarantor of the Good Friday
Agreement, is said to be watching the situation closely.

It has expressed alarm at suggestions the UK could scrap the protocol, with a
delegation from Congress also visiting Northern Ireland on Monday.