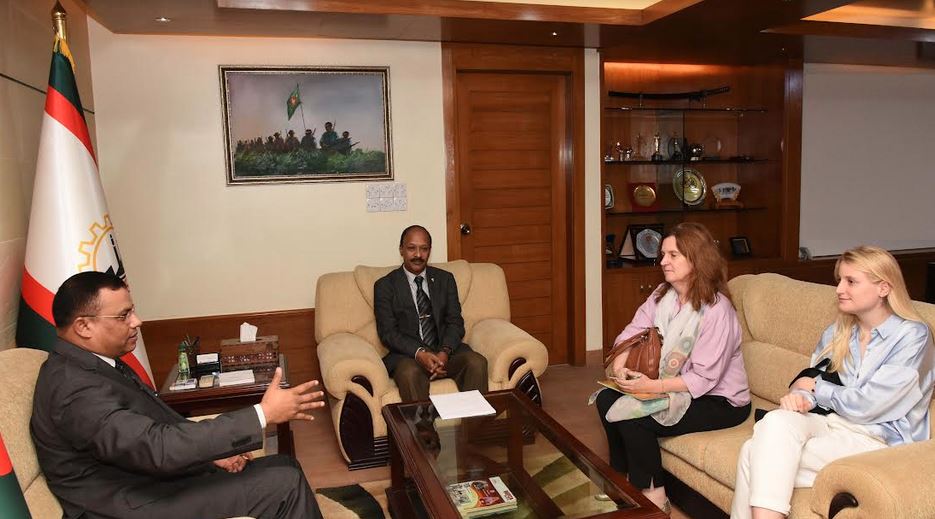 DHAKA, May 16, 2022 (BSS) – A two-member delegation from Flanders Investment and Trade (Belgium) led by its Trade and Investment Commissioner Babette Desfossez today made a courtesy call on Executive Chairman of BEPZA Major General Abul Kalam Mohammad Ziaur Rahman at BEPZA Complex in the city.

They discussed on various investment opportunities in the EPZs of Bangladesh. BEPZA Executive Chairman sought Belgian investment in the EPZs and BEPZA Economic Zone during this time, said a press release.

The delegates were briefed about the overall activities, operating procedures, facilities and incentives provided by BEPZA to the EPZs' investors.

They were also informed on congenial working atmosphere, workers' rights and compliance, participation of women, BEPZA's contribution to the national export along with diversified products produced in the EPZs.

The delegates lauded BEPZA's contribution to the national export from only 2307 acres of land of country's 8 EPZs. They expressed satisfaction over BEPZA's role in women empowerment. They discussed on investment potentiality in agro based industry in the EPZs of Bangladesh.