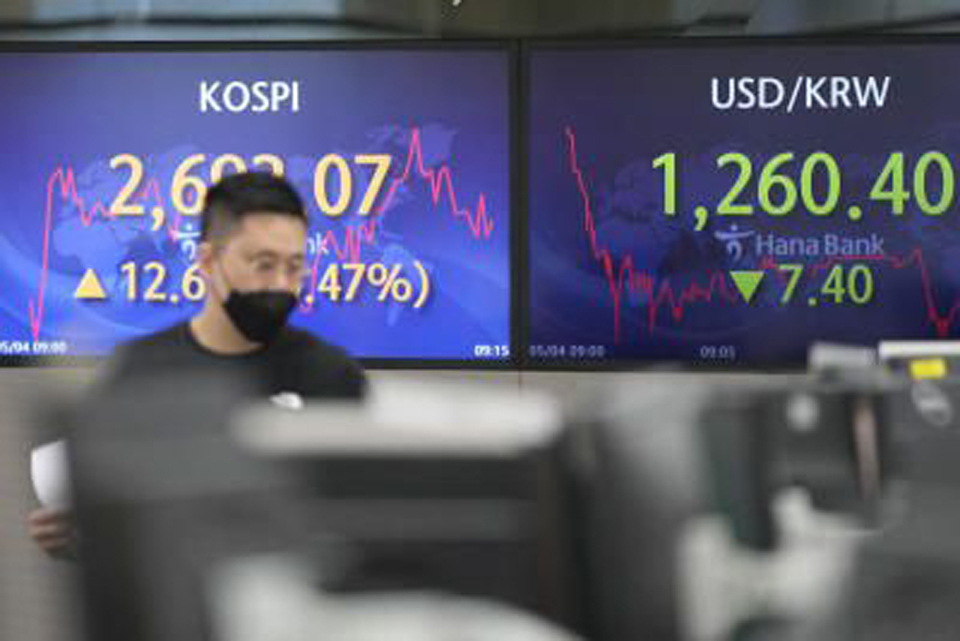 Equities have been on a roller coaster ride in recent weeks, fuelled by inflationary pressures, Russia's war in Ukraine and concerns about China's Covid-19 lockdowns affecting the global supply chain.

The mainland's sinking April exports -- the lowest in almost two years -- have not reassured global investors, and on Tuesday it reported that its consumer inflation had risen at its quickest pace in nearly half a year.

But while the tea leaves remain far from clear for market readers, many are preparing for the worst.

"Equity investors are positioning for a recession; that pressure will remain acute until they see calming in rate volatility," said Stephen Innes of SPI Asset Management.

"The market seems to be fighting too many things to find its footing... The unavoidable growth concerns related to China are leaving a colossal contagion footprint across a plethora of global assets."

Millions across China -- particularly in its economic engine Shanghai -- have been under a Covid-spurred lockdown for weeks, while restrictions have crept up in the capital Beijing.

The World Health Organization on Tuesday said Beijing's zero-Covid strategy is not sustainable given the behavior of recent ultra-contagious variants.

But it is also wreaking havoc on the political and economic fronts, stopping up ports and factories, while inciting rare outrage from residents forced to stay at home with no end in sight.

In New York, the Dow fell for the fourth straight day at Tuesday's close, while the broader S&P 500 edged back up above 4,000 points and Nasdaq jumped one percent.

But Asia's equities on Tuesday showed deep uncertainty, with Tokyo, Hong Kong and Korea opening slightly up, while Singapore, Sydney and Seoul volleyed in the negatives.

Crude was sent on a ride, with benchmark US crude contract WTI falling below $100 a barrel on Tuesday. By Wednesday morning, it crept up to about $101.

Despite it being a temporary dip, "energy traders won't forget how tight the oil market is", said Edward Moya, senior market analyst at OANDA.

"Everything in the past 48 hours seems to have turned bearish for oil prices as EU sanctions on Russian energy have completely stalled and as the US dollar rallies over economic growth concerns."