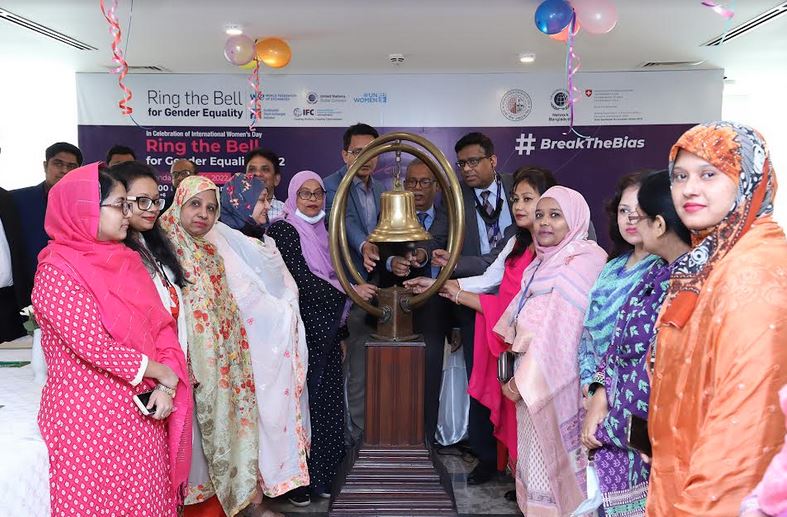 While emphasizing women's role in shaping a more equal future, the annual
event highlights how greater participation of women in the economy can spur
sustainable and inclusive growth.

The commemoration event came as new figures showed there was an increase in
the percentage of women who are independent directors on listed companies
from five percent in 2020 to six percent, despite the impact of COVID-19,
which has disproportionately affected women.

A 2020 IFC-DSE study showed at the time around 18 percent of listed company
board directors were women, that has remained the same. In terms of women on
boards of listed companies, Bangladesh still tops the South Asia region, said
a press release.

Speaking at the event, Nathalie Chuard, the Ambassador of Switzerland to
Bangladesh said, "As a committed and longstanding bilateral partner,
Switzerland gives particular importance to gender equality and social
inclusion in all of its engagements in Bangladesh."

These include the promotion of gender-focused and/or gender-aware products
and services, strengthening of market performance on gender equality and
leading by example.

"Investing in women's economic empowerment is both the right thing to do and
the smart thing to do as it sets a direct path towards gender equality,
poverty eradication and inclusive economic growth," said Gitanjali Singh,
Head of Office, a.i. UN Women Bangladesh.

"IFC has long been engaged in efforts at the capital markets level to support
women as economic actors," said Martin Holtmann, IFC Country Manager for
Bangladesh, Bhutan and Nepal.

The global partnership with Sustainable Stock Exchange, IFC, UN Women, UN
Global Compact, began in 2015 to Ring the Bell for Gender Equality and this
year more than 120 stock exchanges have been taking part in events around the
world to raise awareness for gender equality.