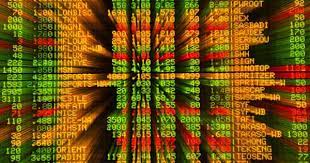 HONG KONG, Jan 28, 2022 (BSS/AFP) - Asian markets were mixed on Friday, at the end of a broadly damaging week for global investors as the Federal Reserve gave notice that the days of ultra-cheap cash were coming to an end quicker than some had envisaged.

Rising tensions between Russia and the West over the Ukraine crisis are adding to the increasingly fractious mood on trading floors, where a selling frenzy this month has wiped around $7 trillion off valuations around the world.

While recent data has shown economies picking up as they reopen and the Covid-19 threat wanes, commentators warn that the volatility seen in recent months will likely continue for the near-term as the Fed tightens policy.

The US central bank has in recent weeks taken a more hawkish turn as it looks to fight four-decade-high inflation by ramping up interest rates and offloading its vast bond holdings that have helped keep costs down.

Officials plan a hike in March, but debate among investors is now on by how much and how many more will follow. Some have suggested a 50 basis point rise and another possible five before 2023.

Fed boss Jerome Powell's commented this week that the economy, which grew last year at its fastest pace since the 80s, is well placed to handle the tightening.

Markets have rallied for the best part of two years to record or multi-year highs, and analysts say a hefty pullback is to be expected, owing to profit-taking and the removal of a pandemic-era central bank and government stimulus.

"Really what we are seeing is historic intraday volatility," Chris Murphy, of Susquehanna International Group, told Bloomberg Television. "It's been a pretty amazing ride so far this year."

"Global supply chain disruptions look to worsen as the relationship between Russia and the West deteriorates" as Moscow massed troops on Ukraine's border.

"Russia's supply of natural gas to Western Europe could further spark volatility across financial markets and as we turn the corner on the pandemic we now see a possible conflict as one of the biggest threats to markets in 2022," he warned.

On Wall Street, all three main indexes ended in the red -- reversing early gains as they had the day before -- with the Nasdaq leading the way again as tech firms are more susceptible to higher borrowing costs.

Tokyo and Sydney piled on around two percent apiece -- while Singapore, Seoul, Manila and Jakarta were also up.

But Hong Kong lost more than one percent, while Shanghai and Wellington were also deep in negative territory.

"While the Fed's intention of getting tougher on inflation will likely result in interest rates creeping up, the reopening of the US and global economies post-pandemic should result in upside growth surprises," he said in a note.

"Already Covid hospitalisation rates have peaked and are falling, and health restrictions are being lifted in many locations.

"The recent volatility may continue to play out as the Fed officially takes away the punch bowl of monetary support, but growth should continue to offset inflation and interest rate increases."