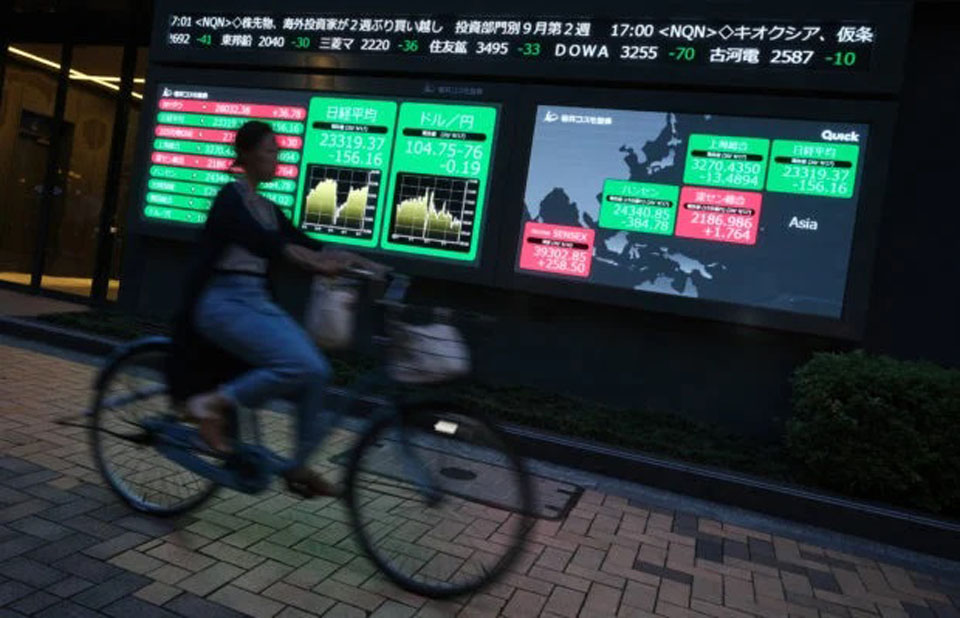 After one of the Fed's most highly anticipated meetings for some time, he said the world's number one economy was well on the recovery path with unemployment largely under control, allowing officials to begin removing the crutches put in place at the start of the pandemic.

In a news conference, he told reporters "the committee is of a mind to raise the federal funds rate at the March meeting, assuming that conditions are appropriate for doing so".

While a March hike has been pencilled in by traders for several months, investors were spooked by Powell's apparent hawkishness as he refused to be drawn on a timetable for further increases nor its plans to unload assets on its balance sheet, which have helped keep costs down.

Analysts said the fact that the bank appeared less moved by recent market losses indicated to traders a high bar for the so-called "Fed put" -- referring to its willingness to backstop investors in times of trouble. The Fed's pandemic-era financial largesse of bond-buying stimulus and record low interest rates helped the global recovery and fuel a two-year equity rally.

But the age of cheap cash is being brought to an end as the bank embarks on a fight to bring down inflation from a four-decade high.

Officials still believe that the price rises will be brought under control as economies reopen and supply chain problems abate, but the need to prevent them running away now is forcing them into an aggressive pivot.

The meeting "played out more hawkishly than we expected", said Steven Englander at Standard Chartered Bank.

"The (policy board) statement was largely as anticipated, but... Powell emphasised upside risks to inflation, pointing to a steady pace of policy withdrawal."

Commentators were left guessing how much the Fed will lift rates in March and how many more times it will do so, with estimates ranging from a total of three this year to as many as five.

But there was concern about Powell's refusal to reassure that the increases would be tempered.

"At least in today's case, Powell's desire for flexibility was viewed as hawkish, given his comments regarding inflation," Sameer Samana, of Wells Fargo Investment Institute, said.

"It sounds like he is acknowledging the Fed is behind the curve and can't commit to a path that won't upset financial markets."

Oil prices slipped in early trade, having enjoyed a strong rally Wednesday that saw Brent break $90 for the first time in seven years owing to rising Ukraine-Russia tensions and data showing another steep drop in US stockpiles as demand improves.

Eyes are also on the upcoming meeting of OPEC and other key producers where they will discuss plans to continue to increase output.

"Energy traders are anticipating higher energy prices on potential geopolitical risks and as OPEC+ will stick to their plan to deliver another modest increase to production at next week's meeting," said OANDA's Edward Moya.