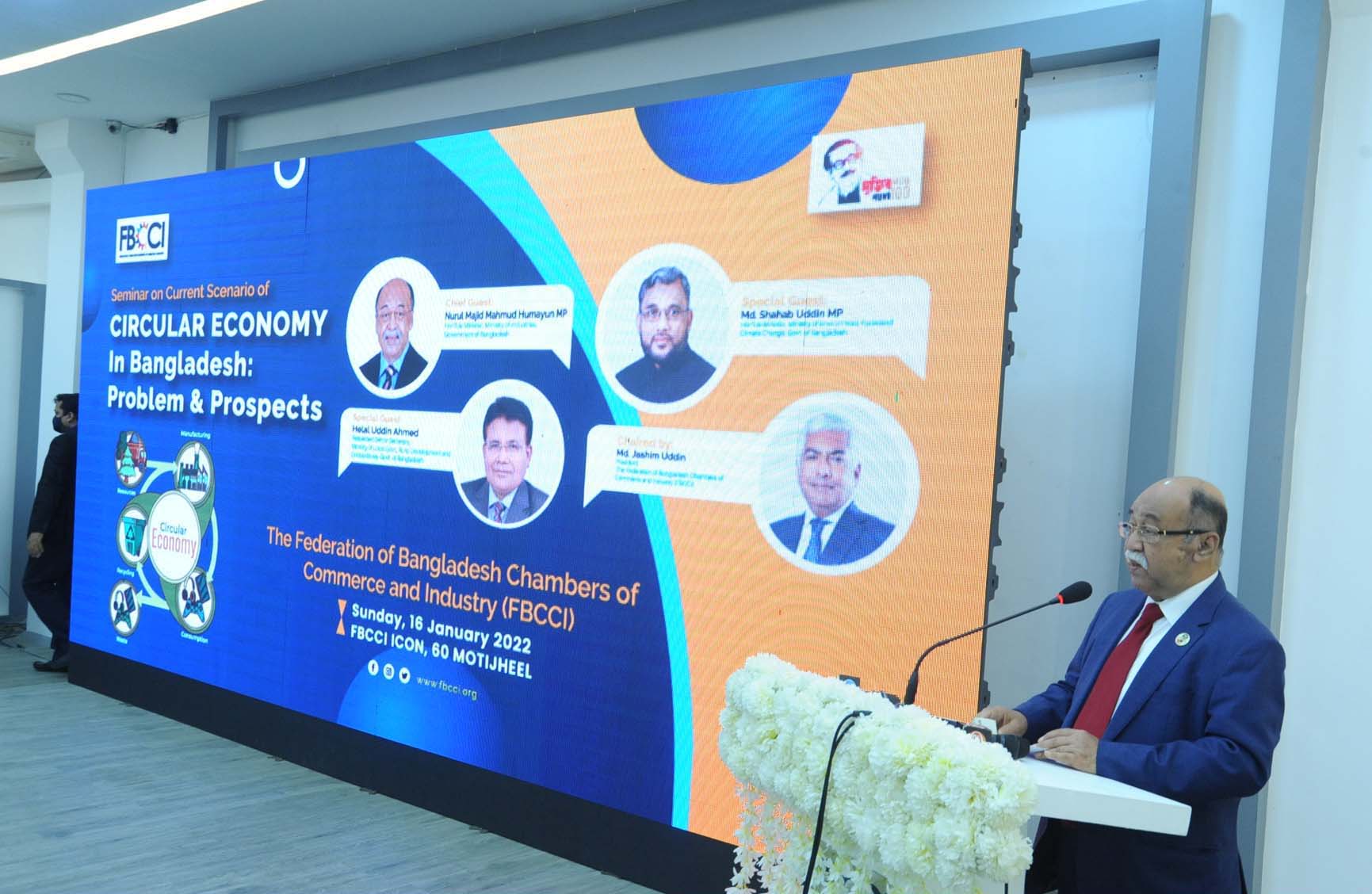 “For maintaining the country's sustainable development trend after the LDC graduation, it is important to formulate a proper action plan,” he said.

The minister said this while speaking as the chief guest at a seminar on "Current Status of Circular Economy in Bangladesh: Problems and Solutions" organized by the Federation of Bangladesh Chambers of Commerce and Industries (FBCCI) at FBCCI auditorium in the city, said a press release.

Environment, Forests and Climate Change Minister Md Shahab Uddin was present as the special guest while FBCCI President Md Jashim Uddin was in the chair.

Hmayun said a separate cell would be set up in the Industries Ministry to work on the circular economy.

The cell will work closely with government and non-government departments and organizations, he added.

He said recycling plays a pivotal role for the development of the circular economy.

The minister mentioned that the size of the informal recycling is huge and giving them the status of industry would further facilitate the shift to a circular economy.

Md Shahab Uddin said that at present 40 per cent plastic is being recycled.

The remaining 60 percent will have to be brought under it, he added.

Therefore, he informed that the Environment, Forests and Climate Change Ministry has taken initiative to prepare a working paper on plastic management.

Jashim Uddin said that the countries of the European Union are in the forefront in implementing the circular economy.

The European Commission has already drawn up a circular economy action plan, he added.

He said China, Brazil, Canada, the United States and Japan are also working to shift their economies to a circular economy. Bangladesh needs to take the same initiative, he added.

But for that, he said, the waste has to be segregated first at their source. But there is no dumping zone in Bangladesh where waste can be segregated, he added.

Md Jashim Uddin called upon the ministries to work in a coordinated manner.