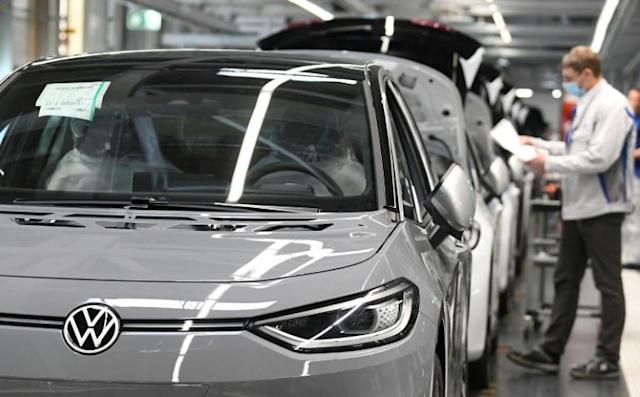 FRANKFURT, Jan 14, 2022 (BSS/AFP) - The German statistics agency will on Friday publish its estimates for the country's economic growth in 2021, a year that began with high hopes but was beset by supply issues and renewed virus restrictions.

Europe's biggest economy is estimated to have seen growth of around 2.6 percent last year, according to the latest government forecasts, a significant improvement on 2020, when the outbreak of the coronavirus pandemic saw it plunge 4.9 percent.

But back in October 2020, the expectation from officials was that Europe's powerhouse would roar back in the coming year with 4.4 percent growth.

The estimates were progressively revised down as supply shortages put fetters on industry and new health restrictions to combat further virus waves dampened the economic mood.

"On the whole, 2021 was a big economic disappointment for Germany," said Carsten Brzeski, head of macroeconomics at ING.

"Despite the big fiscal stimulus given by all European countries, Germany is not coming out of the pandemic stronger or faster than anyone else, rather, as one of the last," Brzeski said.

The economic boost promised by then Finance Minister Olaf Scholz in 2020 became a "bust", Brzeski said.

A year on, Scholz, now chancellor after his Social Democrats topped the polls in a general election in September, faces the same challenges to get the economy going again.

Attempts to manage the spread of the coronavirus bookended a year in which business struggled to get going.

Under the weight of new health restrictions introduced to tackle rising case numbers, the economy was flirting with a fourth quarter of flat or negative growth in 2021.

The pandemic has also been at the root of upheaval in global supply chains, leading to shortages of raw materials and components that have hampered industry month after month.

German manufacturers, with their vast web of suppliers and reliance on exports, have been particularly hard hit by the widespread shortages.

The country's flagship carmakers were forced to interrupt production at their factories to manage a shortage of chips, a key component in both conventional and electric vehicles.

A total of 2.62 million cars were sold in Germany last year, according to the federal transport authority, 10.1 percent less than in 2020, a year in which the industry had already seen numbers plummet due to the pandemic.

"Despite full order books, a lack of microchips, components and raw materials will continue to affect production for a long time," the head of the influential BDI industry lobby Siegfried Russwurm said in a press conference on Thursday. "The hoped-for post-corona boom is not on the cards," he said, with German gross domestic product (GDP) still struggling to reach its pre-crisis level of February 2020.

Despite enduring bottlenecks, the pandemic and other issues including a sharp rise in the price of energy, the business lobby tabled a target of 3.5 percent for growth in the new year.

The next 12 months however threatened to be another "stop-go" period for the economy, Russwurm said.

It could also be "the most dynamic year for the economy since 2010", Russwurm said, provided politicians "set the right priorities" to strengthen the economy.

On Tuesday, Robert Habeck, who holds a bumper portfolio as the combined economy and climate minister, announced a raft of measures to accelerate Germany's shift towards a carbon-neutral economy and major investments in renewable energy projects.

Habeck said climate protection would spur innovation "in a way we haven't seen in this country in a long time... We will renew our industries, and that means creating value and jobs."

The government is putting aside around 60 billion euros ($69 billion) left over from the fight against the pandemic to finance its green ambitions.

"The positive thing is that it can only get better from here," said ING's Brzeski.

"As soon as Omicron has passed and supply chain issues resolve themselves, Germany will be back as the locomotive of the European economy," he said.