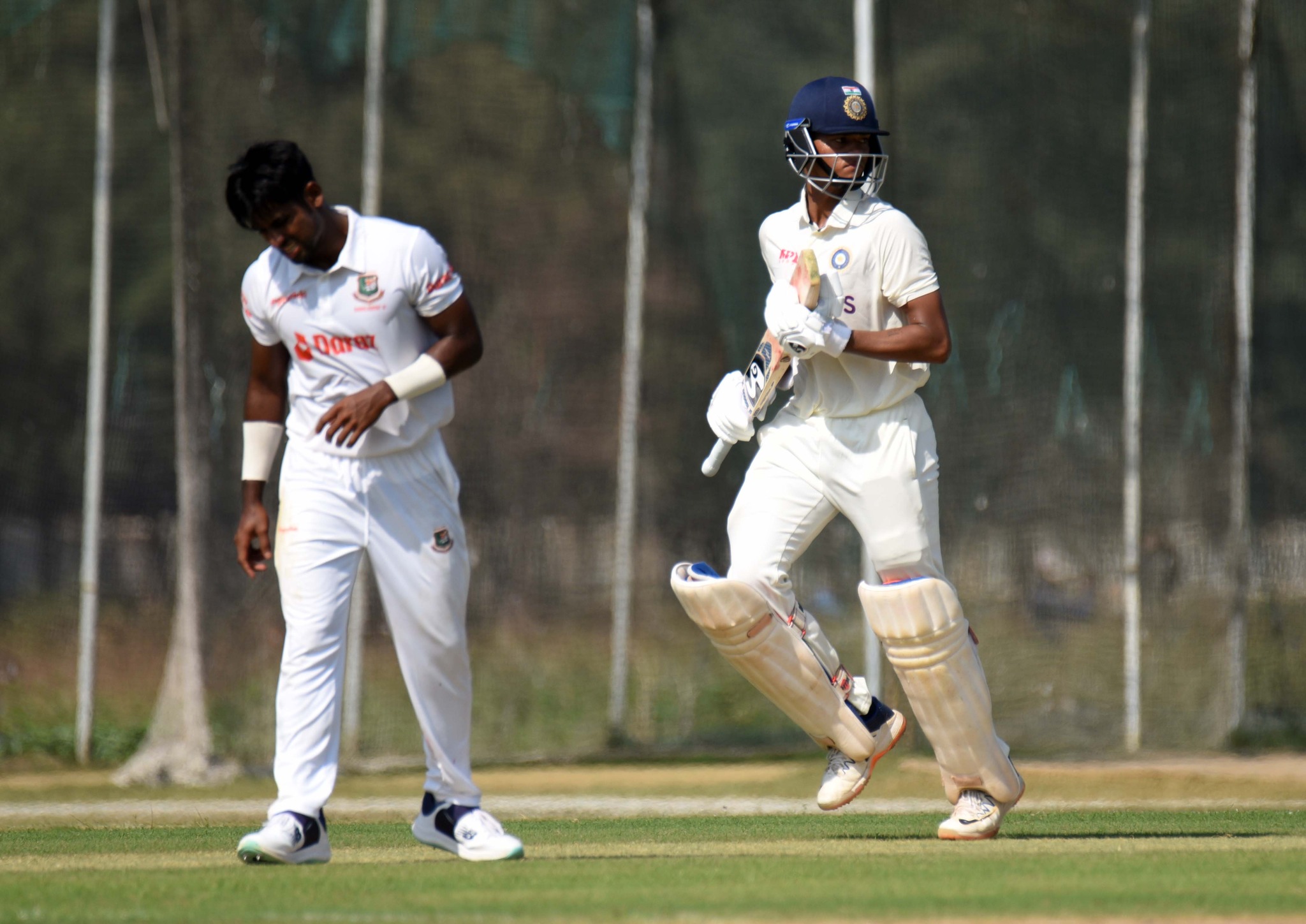 DHAKA, Nov 30, 2022 (BSS)-India A team took a full control of the first four-day game against Bangladesh A, thanks to a ton of openers Yashasvi Jaiswal and Abhimanyu Easwaran after the second day of the game at Sheikh Kamal International Cricket Stadium in Cox's Bazar tomorrow.

Before the bails were drawn, the visiting team stretched their lead to 292 runs as Bangladesh A were bowled out for paltry 112.

Jaiswal and Easwaran who began the day with 120 for no loss, took their opening partnership to 283 before left-arm spinner Taijul Islam gave the local side first breakthrough.

He trapped Jaiswal for leg-before to bring end to the partnership but India A batters continued their domination even though none of them, apart from the openers could reach fifty runs mark.

Easwaran looked determined to go past 150 runs but pacer Syed Khaled Ahmed had him leg-before to give Bangladesh A some respite.

At the end of day two, Upendra Yadav was batting on 27 with Tilak Verma on 26.

Taijul was the most successful bowler for Bangladesh A with 3-148 while Khaled ended the day on 2-71.