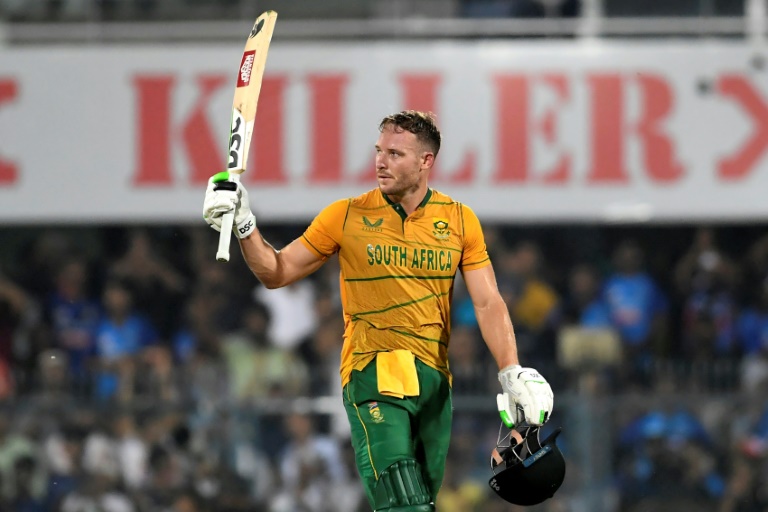 NEW DELHI, Oct 3, 2022 (BSS/AFP) - South Africa's David Miller says they
are feeling "really confident" ahead of the Twenty20 World Cup this month
despite their series loss to India.

Miller's unbeaten 106 off 47 balls was in vain on Sunday as India won by 16
runs in Guwahati to take an unbeatable 2-0 lead in the three-match series.

The third T20, in Indore on Tuesday, is the final match for both teams ahead
of the World Cup in Australia.

Middle-order batsman Miller said losing the series would not affect their
morale for the World Cup. South Africa start their campaign on October 24.

"There are a lot of stories in the past, with one being Australia not doing
too well before the World Cup (last year) and they end up winning the World
Cup," the 33-year-old Miller told reporters.

"I don't think it's too much to worry about. Like I said, there is a few
areas that we can work on and think that will always be the case.

"We are feeling really confident with a lot of areas."

India posted a mammoth 237-3 after being put in to bat first on Sunday, with
Suryakumar Yadav standing out with his 22-ball 61 to tear into the opposition
bowling.

In reply, South Africa were 47-3 before the left-handed pair of Miller and
Quinton de Kock, who hit 69, put on an unbeaten stand of 174 to give the
hosts a scare.

"We have built up a really good squad over the last year and a half and we
get on really well with each other," Miller added.

"We've got great partnerships, we have won a lot of series in the last year
and to have lost the series was very disappointing, but at least we can walk
away with our heads held high."

Known as "Killer" Miller for his ability to take apart the opposition
bowling, he praised Suryakumar's knock and believes the Proteas can learn
from his style of T20 batting.

"To give a top-class player like Surya a couple of freebies it comes down to
poor execution at stages," Miller said on his bowlers going wrong.

"We are all humans, but we do need to be a bit harder on ourselves and
tighten up on a few areas. It (Surya's knock) was really good injection from
India's perspective, but something that we can learn from in the upcoming
game."