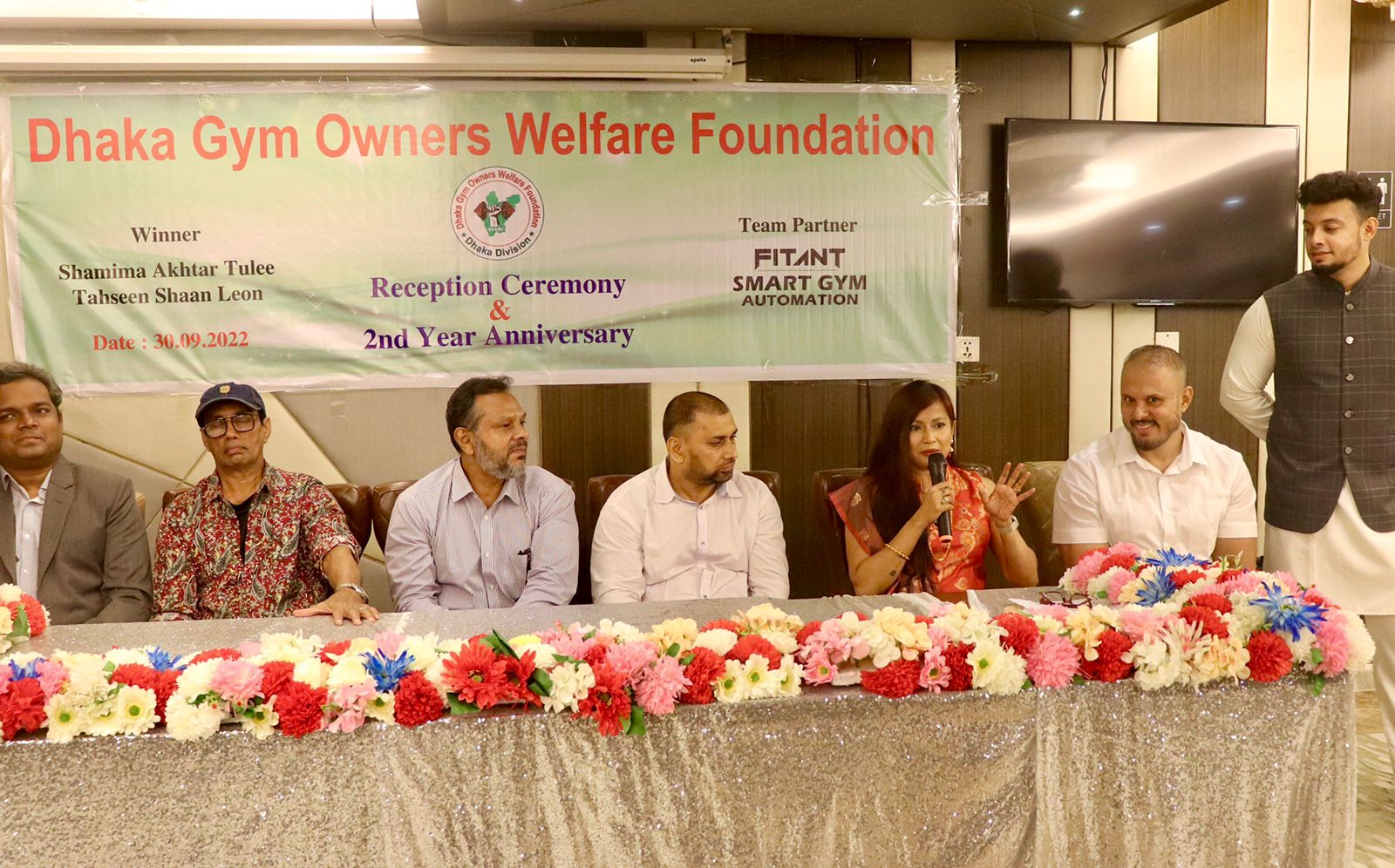 The reception was accorded at a function at a hotel here, marking the second founding anniversary of DGOWF on Friday night.

DGOWF President Altaf Hossain Roni, who is a national bodybuilding champion for 11 times, presided over the event.

Vice President of Bangladesh Bodybuilding Federation Khaled Abdullah Babu, General Secretary of Bangladesh Arm Sports Association Dr Kamruzzaman, owners of 133 gyms in the capital and other sports personalities were present at the programme.

Shamima Akhtar Tuli won a bronze medal for Bangladesh in veteran category in the 'International Karate Competition' held in Las Vegas, the USA.