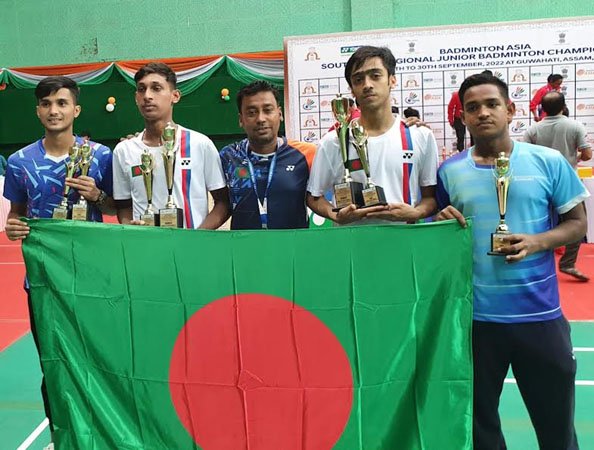 Apart from host India, Bangladesh, Sri Lanka, Nepal, Bhutan and the
Maldives are taking part in the championship, organized by Badminton Asia.