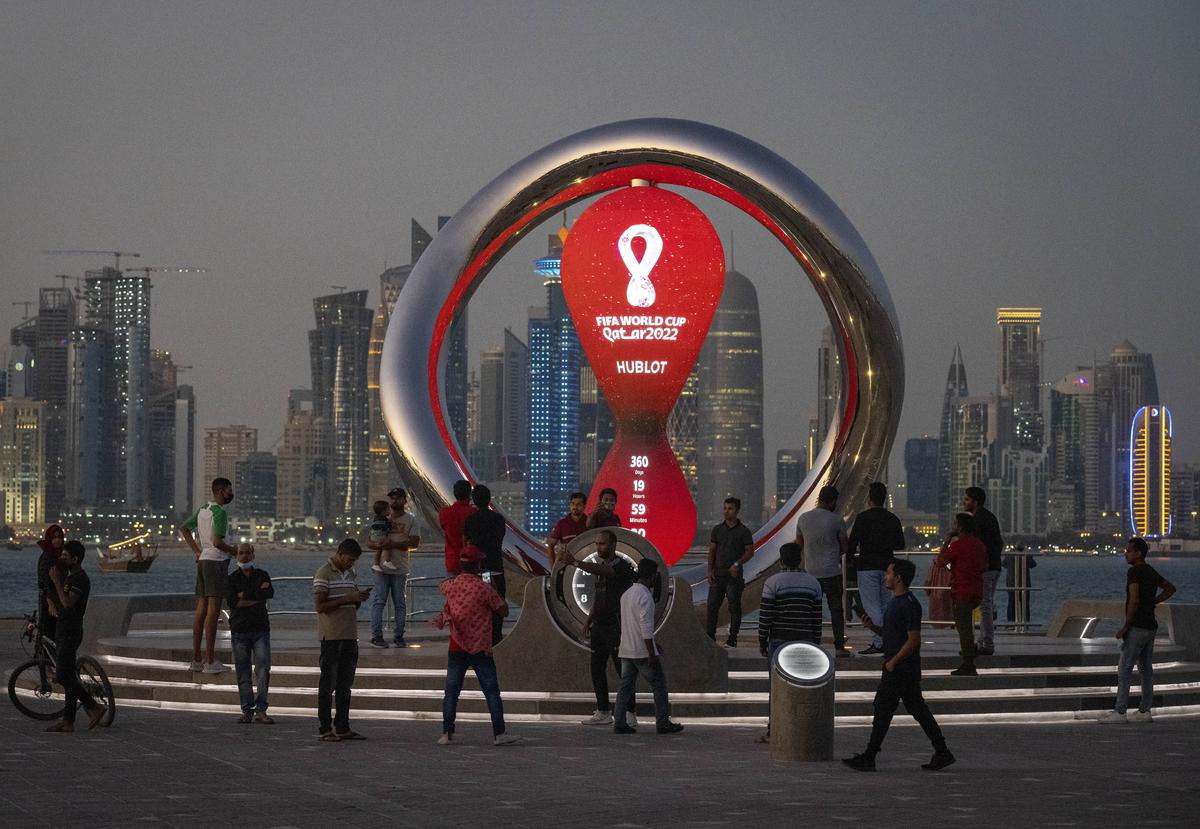 DOHA, Sept30, 2022 (BSS/AFP) - Coronavirus vaccinations will not be mandatory for the million-plus fans going to the World Cup in Qatar this year, the Gulf state said Thursday.

But players and match officials may be forced into a secure "bio-bubble" if Covid-19 cases take off again, with the threat of expulsion from the tournament for those who breach the secure environment, the health ministry said.

The 29-day tournament will be the first major global sporting event with fans since the eruption in December 2019 of the Covid pandemic, which has since killed more than six million people.

Qatari organisers, who have predicted that more than one million people will pack Doha for the matches, and football's governing body, FIFA, have said they want the event to be a sign the world is getting over the devastating pandemic.

But Qatar's health ministry warned in its World Cup guidelines that special measures would be ordered "in the event of a worsening pandemic situation in the country", such as the emergence of a threatening new variant.

With Covid-19 currently considered under control, "there will be no vaccination requirement for participants and visiting spectators," the ministry said.

All visitors aged over six will have to produce negative Covid-19 tests before taking flights to Qatar for the tournament that starts November 20.

Fans will have to wear masks in public transport but authorities are only recommending the use of masks at the eight stadiums in the Doha region where matches will be played.

Anyone who tests positive for Covid-19 in Qatar will have to isolate for five days, the guidelines added.

Organisers and FIFA are most worried about the first two weeks of the tournament when four matches a day are planned and the peak number of supporters from the 32 competing nations will be packing stadiums, fan zones and tourist spots.

Some estimates say there could be up to 350,000 visiting fans in Doha at the same time during the weekend of November 26-27.

Officials say Doha airport and the city's roads will be facing peak pressure that weekend.

Because of the pressure on accommodation, only fans with tickets can enter Qatar from November 1, though each person with a ticket is allowed to invite three guests.

Each person entering the country must download a special fan pass, a Hayya card, and Qatar's anti-Covid health application, Ehteraz.

The app has to be shown at the entrance to metro stations and most shopping malls.

"If metro stations and malls want to check the app, then people need to be ready for some queues," said one tourism consultant who is advising a major chain of hotels in Qatar.

Other measures may also be difficult to enforce because of the shear numbers, experts said.

The ministry is recommending a one metre (three feet) space between diners in cafes and restaurants.

Virtually every team at the World Cup will have players who have refused to have vaccines, officials acknowledged.

England's Premier League said this year that 15 percent of players had refused vaccines.

Qatar's health ministry said it would force players, referees and officials to stay in a secure "bio-bubble" if coronavirus cases take off "to allow for the safe operation and continuation of the event."

Hotel rooms, training facilities and transport to and from stadiums would all be sealed off.

"Breaching the bubble arrangement may result in an immediate dismissal of the violator from the event and removal from event hotel and accommodation," the ministry said.