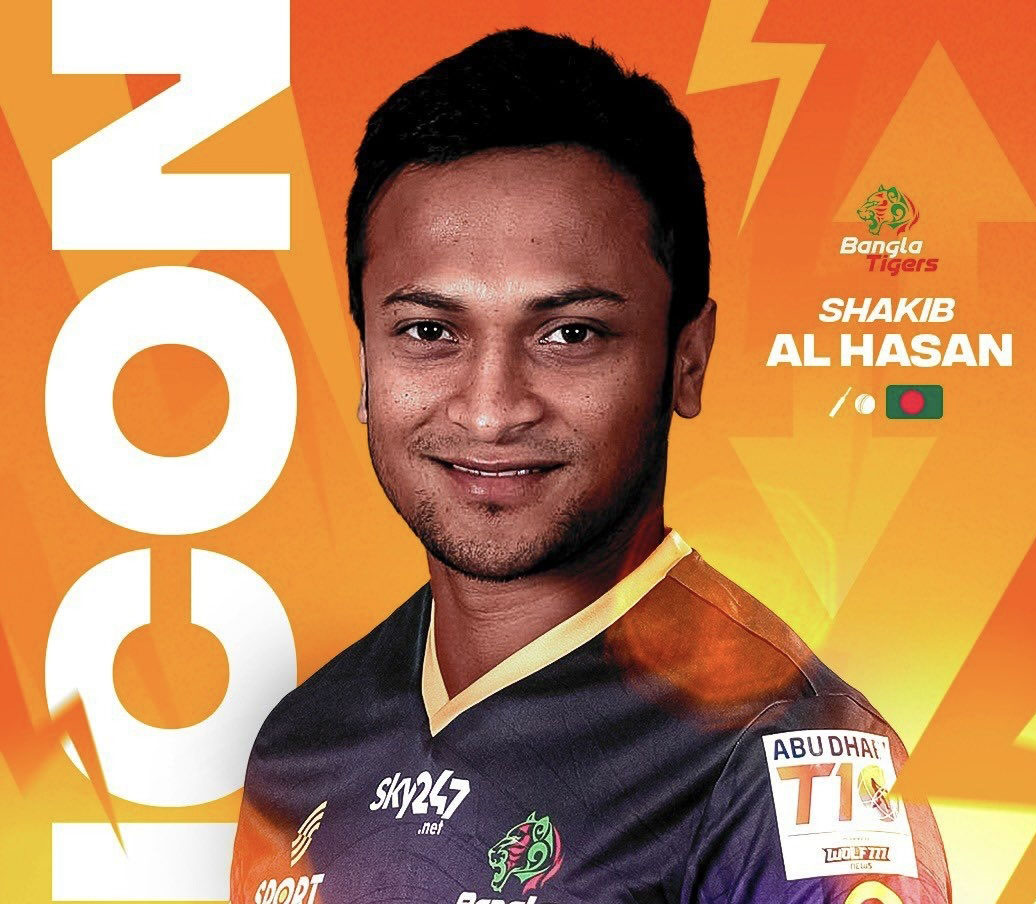 Bangla Tigers announced Shakib Al Hasan as the icon player and captain in
the upcoming T10 League. It was thought that more Bangladeshi cricketers will
write their names in this franchise cricket of 10 overs and it turned out to
be so.

Shakib's team Bangla Tigers has signed the vice-captain of Bangladesh T20
team Nurul Hasan Sohan. He was taken in 'C' category. In the same team,
Mritunjoy Chowdhury got a place in the emerging category.

Taskin Ahmed and Mustafizur Rahman are the other two Bangladeshi
cricketers who got teams after Monday's draft. Taskin, who is in great form
in all three formats, will play for Deccan Gladiators. Team Abu Dhabi signed
on the other hand Mustafizur.

Inform Afif Hossain is the other cricket who went unsold along with
former Bangladesh captain Mahmudullah, Tamim Iqbal despite their names in the
draft.

The sixth season of the Abu Dhabi T10 League will begin on November 23
while the final on December 4.