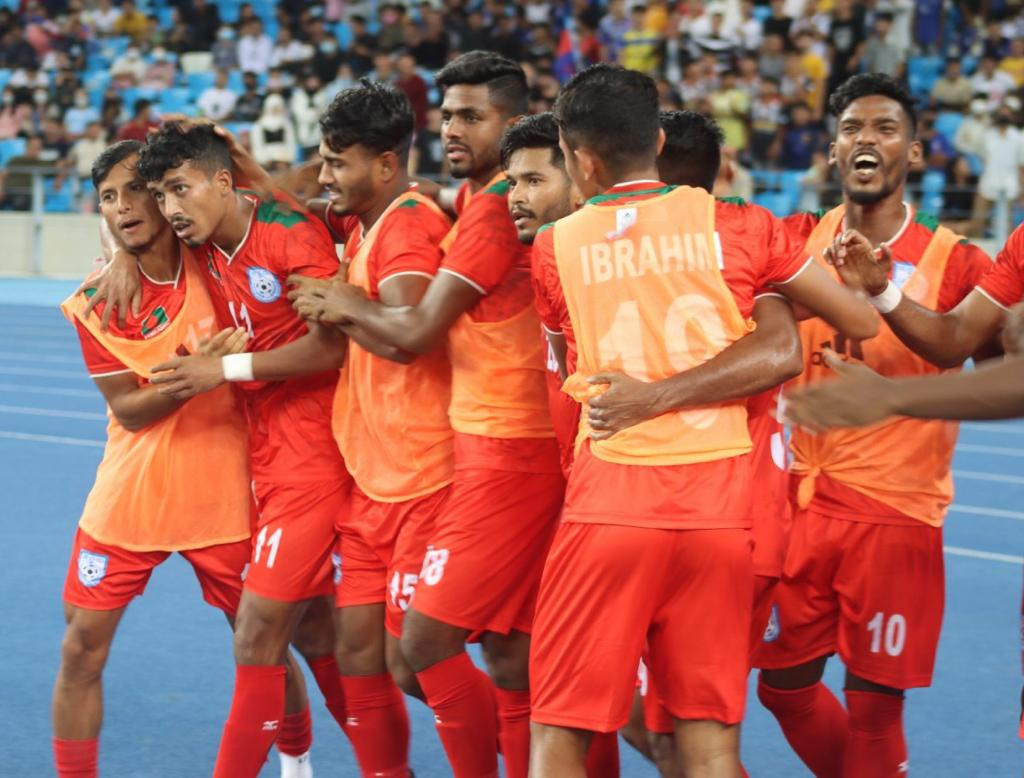 This much expected victory will definitely give the Jamal Bhuyan and co.
a sign of relief with the day's victory because they not only maintain their
all-win run against Cambodia but also broke the jinx of losing streak,
following their last seven international games defeats, losing their most
recent three - all of which came in the AFC Asian Cup qualifying group stage
held in June.

Bangladesh began to dominate the play and their best moment came in the
23rd minute. Motin Mia provided a pass to midfielder Rakib Hossain following
a combined attack and Rakib sent the ball to the net with a perfect angular
shot giving no chance to Cambodian custodian who failed to clear the ball
diving his right.

The hosts could not utilize their home ground advantage as after the
resumption they tried their best to fight back in the match, but could not
convert any in the remaining proceeding.

Bangladesh however created number of scoring opportunists, but they also
failed to increase the goal margin further lacks of proper finishing.

Earlier, Bangladesh's won thrice in the last four previous encounters
against Cambodia. Bangladesh's last match with Cambodia held in March 2019,
ended in a 1-0 victory the Bengal Tigers beat Cambodia 2-1 in AFC Challenge
Cup in April 2006, beat the host 1-0 win in an Int'l Friendly match in April
2009 and played 1-1 in Nehru Cup in August 2007.

Bangladesh will play their second FIFA Tier-1 International Friendly
match against Nepal scheduled to be held on September 27 in Nepal.