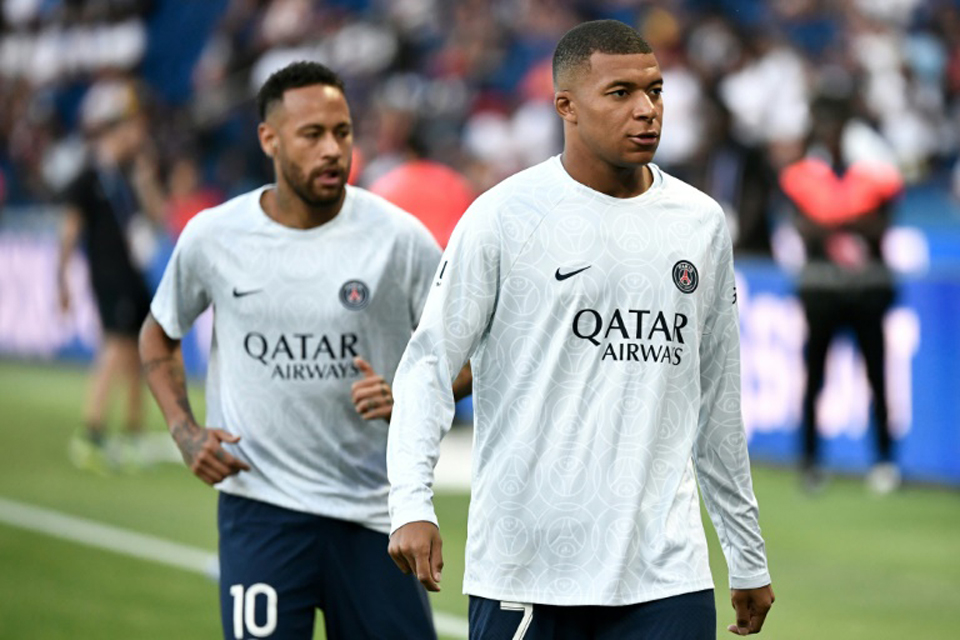 PARIS, Aug 19, 2022 (BSS/AFP) - Kylian Mbappe will be the focus of attention as Paris Saint-Germain aim to continue their perfect start to the season in Sunday's trip to Lille in Ligue 1.

Mbappe's every gesture will be scrutinised and every move analysed after the World Cup winner's attitude created headlines for the wrong reasons in his first appearance of the season last weekend.

After missing the opening two games, one in the league, due to suspension and then injury, the France striker returned and scored in a 5-2 win over Montpellier.

Yet he also had a penalty saved and then appeared to try, unsuccessfully, to persuade Neymar to give him the ball when PSG were awarded another spot-kick.

In what was his first competitive game since the confirmation after last season that he was staying in Paris rather than joining Real Madrid, Mbappe cut a frustrated, unhappy and even isolated figure.

That has raised doubts in France that Mbappe, Neymar and Lionel Messi can flourish together.

Last season, Mbappe was PSG's outstanding performer, scoring 39 goals in all competitions, while Neymar and Messi struggled for form and fitness.

Yet the two South Americans have seemed rejuvenated this season, with the Brazilian in particular impressing, scoring five goals in three games.

"He is really happy," said midfielder Marco Verratti of Neymar, who insisted last month that he wanted to stay in Paris amid speculation that the club wished to sell.

"I think with the players we have, when you see that they are happy, they transmit that to everyone else.

"We need these players if we are going to be one of the strongest teams in the world. He is having a magnificent start to the season."

Yet Mbappe did not look happy last weekend, although he was defended by his coach Christophe Galtier, who insisted the striker was simply not yet fully fit.

"He is a top-class player with a personality and character. Everyone expresses themselves in their own way," Galtier said.

Sunday's game takes Galtier back to Lille, the club he led to the title in 2021 before leaving to spend a season at Nice.

Sanchez made his Ligue 1 debut last weekend when he came off the bench for Marseille in their 1-1 draw at Brest. Now the 33-year-old Chilean forward will be hoping to start for his new club when they host to Nantes at the Velodrome.

Sanchez is bidding to breathe new life into his career in France after his departure from Inter Milan, for whom he started just nine games last season. The former Barcelona, Arsenal and Manchester United forward has signed a one-year contract at Marseille.

2 - Lille have won just two of their last 20 Ligue 1 meetings with PSG. Both their 5-1 win in April 2019, and their 1-0 success in April 2021, came with Galtier in charge of the northerners. He will be in the opposing dugout this time.

5 - PSG have scored five goals in each of their last three Ligue 1 games, going back to the end of last season. They have scored 23 in their last five outings in all competitions

62 - The total number of goals scored in the first two weekends of the season, at an average of 3.26 goals per game