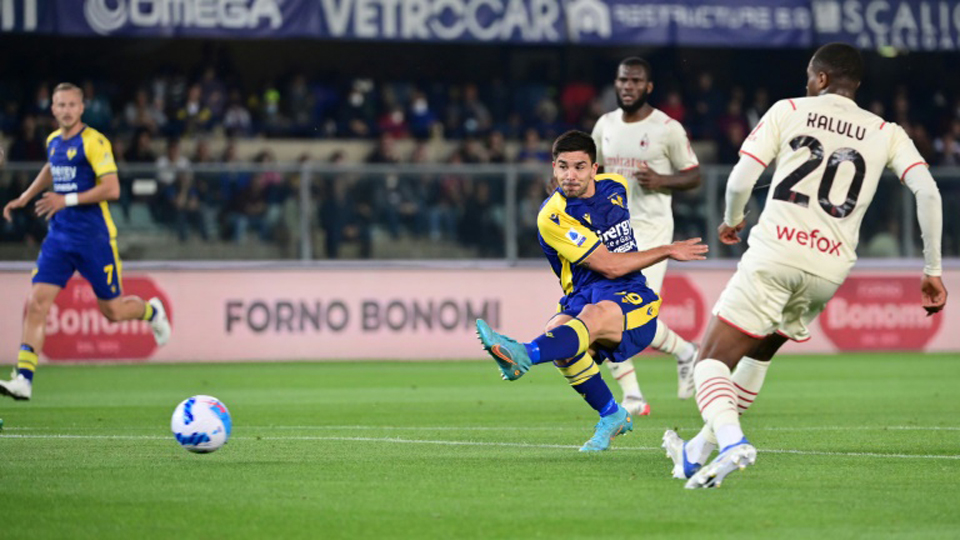 MILAN, Aug 19, 2022 (BSS/AFP) - A troubled summer for Napoli appears to be well and truly over after their impressive opening win at Verona was followed by a trio of big signings, led by Giovanni Simeone, which have only strengthened their Serie A title credentials.

Fans in Naples had been demanding owner and film mogul Aurelio De Laurentiis sell the club after last season's Scudetto challenge collapsed at the last.

But with star midfielder Fabian Ruiz also frozen out of the team ahead of a potential move to Paris Saint-Germain, Luciano Spalletti's side nonetheless looked settled and dangerous in their 5-2 win at the Stadio Bentegodi.

On Thursday they confirmed the long-anticipated arrival of Simeone, adding an attacker who netted 17 times in Serie A last season to a forward line already containing Nigeria striker Victor Osimhen.

They are also set to complete further deals for France midfielder Tanguy Ndombele and rising Italian star Giacomo Raspadori -- both were in Rome on Thursday for medicals.

All three should be available on Sunday for Napoli's clash with new boys Monza, not a tricky proposition judging by their home defeat to Torino last weekend.

Less lucky in the transfer market are Juventus, who had been all set to make their final moves until Adrien Rabiot's deal with Manchester United collapsed threw a spanner in the works.

"A day off before back to work," said the France midfielder on his social media channels, giving a clear hint that his move to England was off.

Rabiot had looked certain to leave for United, and the 20 million euro fee the two-time European champions were reportedly set to receive was going to be used to secure one of Juve's targets -- Leandro Paredes from PSG.

But Rabiot's mother Veronique, who is also his agent, refused the terms offered by United -- according to widespread reports in Italian media eight million euros net per season -- and derailed the deal.

It was another blow for Juve after new signing Angel Di Maria was ruled out with a thigh injury on Tuesday, joining Paul Pogba and Wojciech Szczesny on the treatment table ahead of their trip to Sampdoria on Monday.

More importantly Nicolo Zaniolo looks set to stay in the capital despite a summer of speculation over his future.

The Italy youngster has long been considered one of Italy's brightest talents and was superb in Roma's win at Salernitana, linking up well with Paulo Dybala and unlucky to not come away from the 1-0 win with at least a goal.

The 23-year-old initially had a strained relationship with coach Jose Mourinho and was tipped to go to either Tottenham Hotspur or Juventus, but new talks for a long-term contract extension suggest he is happy with the direction in which Roma are heading.

AC Milan were without Tonali for their season opening win over Udinese but the Italy midfielder is back from injury and ready to retake his role as the undisputed star of the champions' midfield following the departure of Franck Kessie to Barcelona.

Another big season is expected from the 22-year-old who last season came of age for the team he supported as a boy, and he will be motivated to make a mark at Atalanta, the biggest rivals of Brescia who brought him into the professional game.