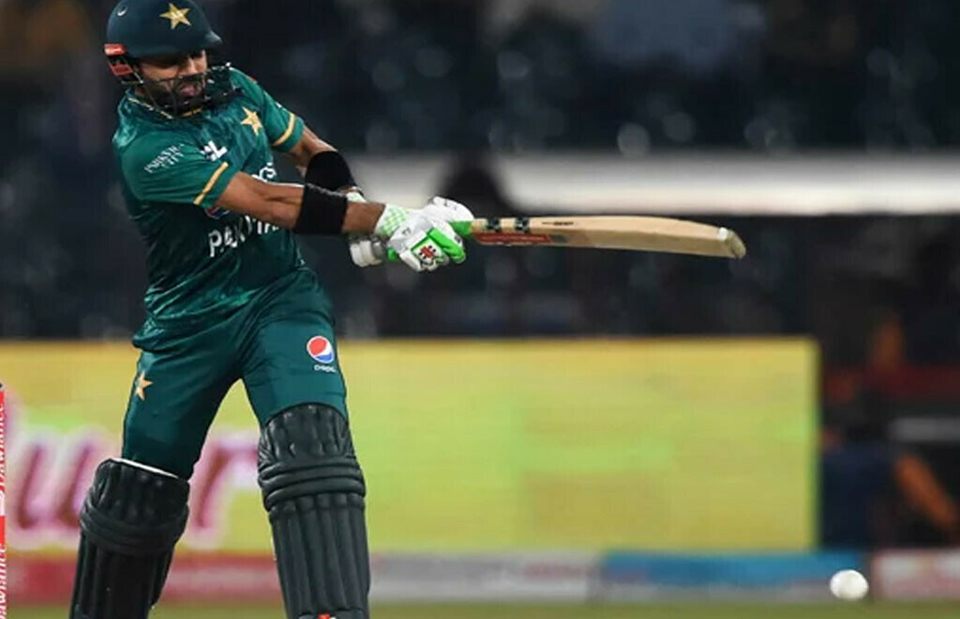 ROTTERDAM, Netherlands, Aug 19, 2022 (BSS/AFP) - Mohammad Rizwan and Agha Salman made unbeaten half-centuries as Pakistan eased to a seven-wicket win over the Netherlands in the second one-day international in Rotterdam on Thursday to complete a series victory.

Pakistan captain Babar Azam, the world's top-ranked ODI batsman, scored 57 off 65 balls before Rizwan and Salman led the tourists home in their pursuit of 187 with 16.2 overs to spare.

Dutch seamer Vivian Kingma removed openers Fakhar Zaman and Imam-ul-Haq cheaply as Pakistan stuttered early, but Azam and Rizwan steadied the innings before Salman finished it off by blasting his first ODI fifty.

Zaman, who made 109 in the first ODI, was caught and bowled by Kingma for three and Imam was lured into a loose drive four balls later to reduce Pakistan to 11-2.

Rizwan adopted a relatively cautious approach as he compiled 69 off 82 deliveries, in contrast to the fireworks of Salman, who clubbed the final ball of the match for six to finish 50 not out in just his second ODI.

"We are trying different combinations and Agha in his second match has showed his class," said Azam.

De Leede (89) and Tom Cooper (66) struck battling half-centuries to lift the Dutch from 8-3 but only one other batsman passed double figures for the hosts on a challenging pitch.

Naseem Shah removed Vikramjit Singh in the second over as the teenage opener edged behind and Max O'Dowd followed when he drove Rauf straight to Azam at mid-off.

The 38-year-old Wesley Barresi was bowled by Naseem for three, two days after scoring just two in his first international innings since 2019.

De Leede and Cooper set about restoring order and put on 109 for the fourth wicket.

Cooper hit seven fours and two sixes before falling for 66 when he offered left-arm spinner Nawaz a simple return catch.

His dismissal precipitated the loss of three quick wickets, with captain Scott Edwards caught behind off Nawaz for five and Teja Nidamanuru going in the same manner without scoring after glancing Rauf down the legside.

Logan van Beek holed out to Naseem on the long-off boundary for 13 to give Shadab Khan his first wicket.

Tim Pringle went for a second straight duck after Mohammad Wasim pinned him leg before and Nawaz claimed his third scalp by sneaking one past the defence of Dutt.

De Leede was last man out for 89, caught by Zaman trying to clear long-on as Rauf finished with 3-16 after wrapping up the Dutch innings in 44.1 overs.

"We just couldn't get going in the lower order," said Edwards.

"It's disappointing to probably hand a few wickets away throughout the innings. I think there's a lot of positives still to take."

Pakistan won the first match by 16 runs. The series finale is scheduled for Sunday at the same venue.