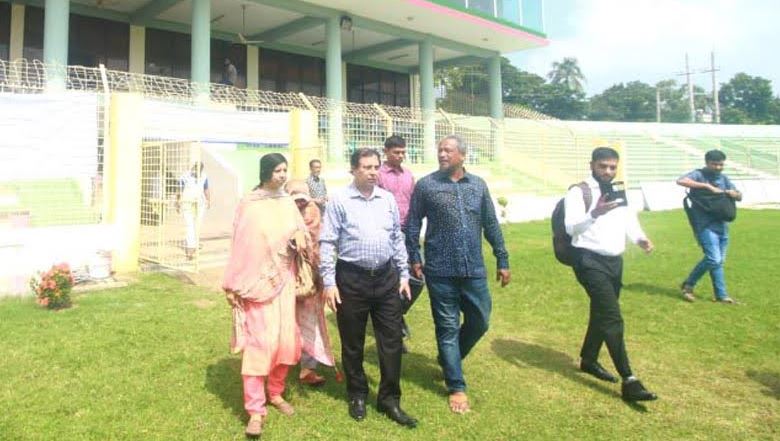 The National Sports Council (NSC) will establish the academy with financial
assistance of the ministry of youth and sports.

Additional Secretary (Development) of the ministry Ruhul Amin Khan revealed
this while inspecting the stadium on Thursday afternoon, adding female
football academies will also be established in two other districts apart from
Rajshahi.

To this end, year-round football competition will be arranged through
ensuring residential training camps for women. Need-based step has also been
taken to strengthen the BFF.

Floodlights will be installed for hosting national and international sport
meets in Rajshahi stadium. "We also have plans for building some more
stadiums here for expanding the sports arena," he added.