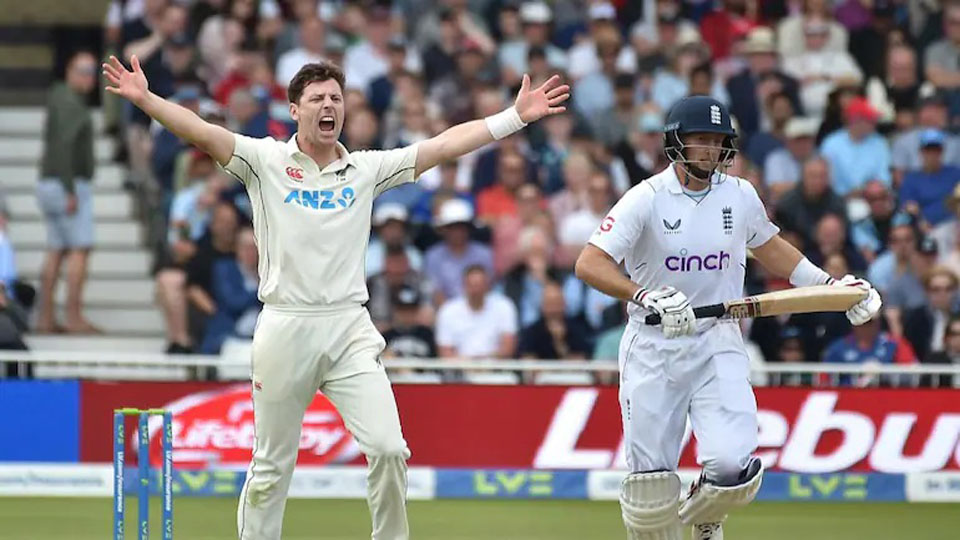 KINGSTON, Jamaica, Aug 14, 2022 (BSS/AFP) - New Zealand pace bowler Matt Henry has returned home with a rib injury, ruling him out of the three-match one-day international series against the West Indies.

Henry suffered pain down the left side of his body during training last week and, with the injury failing to improve, has been replaced by Ben Sears for the series starting in Barbados on Wednesday.

Before then, the teams meet in the third and final Twenty20 international in Jamaica on Sunday, with the tourists holding an unassailable 2-0 lead.
Coach Gary Stead said the decision to send Henry home was precautionary and he hoped the veteran would be available for the ODI series away to Australia in early September.

"Although the injury is not overly serious, we felt there was a significant risk it would become worse through playing," Stead said on Sunday.

"With the upcoming ODI series starting on Wednesday and consisting of three games over five days, we saw it as prudent to bring in a fully fit replacement.

"At 24-years-old Ben's an exciting young prospect and we like the pace and skills he possesses."

Sears has played six T20 internationals but is uncapped in any other format.