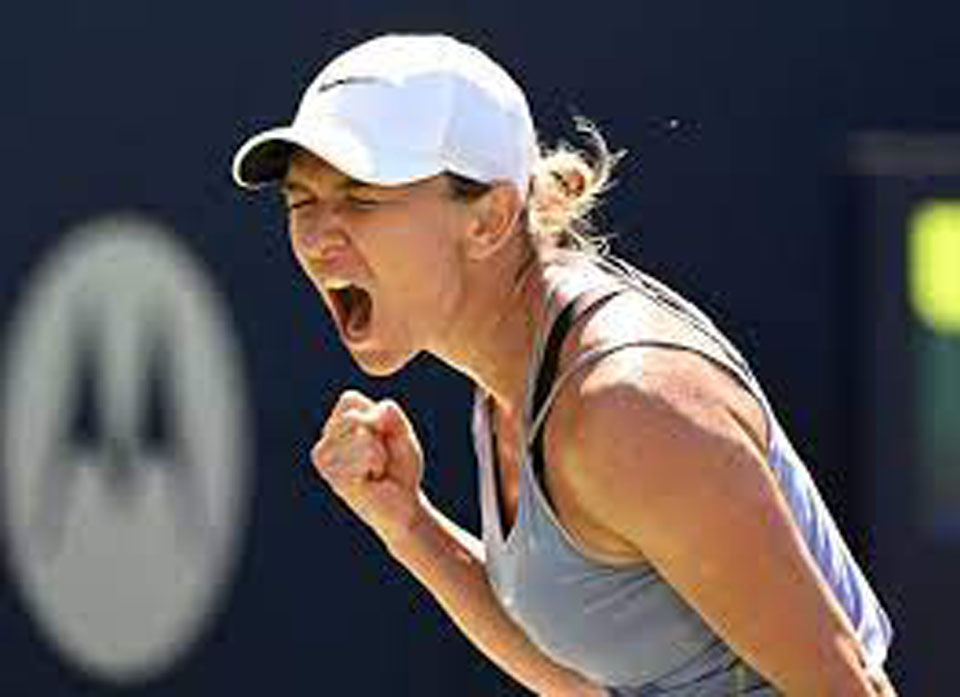 Haddad Maia stunned 2021 finalist Karolina Pliskova 6-4, 7-6 (9/7) in the semi-finals while Halep put years of big-match experience to good use in a 2-6, 6-3, 6-4 victory over seventh-seeded American Jessica Pegula.

Halep, the former world number one from Romania who won 2016 and 2018 trophies in Canada, showed her definitive return to form with the victory after dropping from the top 10 in the rankings a year ago due to injury.

"We never played against each other," Halep said. "So I didn't really know what to expect.

Haddad Maia, who stunned world number one Ita Swiatek in the third round, blunted the noted serving attack of Czech Pliskova, who fired nine aces in defeat.

The first Brazilian to get to the final of a WTA Masters event has now won 17 matches since June, when she won grasscourt titles in Birmingham and Nottingham.

The South American, ranked 24th in the world, is guaranteed to breach the Top 20 next week.

Her match was a rollercoaster, with Haddad Maia fighting off Pliskova while leading 5-1 in the opening set.

Pliskova then seized a 4-1 lead in the second only for Haddad Maia to claw her way back.

"I feel happy, it's a special moment," Haddad Maia said. "I had a very tough draw.

"I had to push myself, I played (through) a lot of tough moments.
"I was especially down in the match that I was not playing well, but I was mentally strong. That's why I'm having the chance to play tomorrow against Simona in the final.

"She's a champion, a person who works very hard. I know it will be a very tough battle. But I'm going to enjoy and leave everything on the court."

Halep, who will return to the top-10 thanks to her victory, needed two and a quarter hours to knock out American Pegula, who was the highest seed left in the field.

The 30-year-old winner of Roland Garros and Wimbledon titles could return to sixth in the world if she beats Haddad Maia on Sunday.

She will again have experience on her side as she competes in her 18th career Masters final in search of her ninth title at the elite level.

Halep lost the opening set against Pegula in 35 minutes but levelled at a set apiece thanks to an early break in the second.

Halep missed two match points on her opponent's serve and swiped her racquet angrily on the cement as Pegula held for 4-5 in the third.

"The fire is back, it's a good sign if I do that," said the Romanian, who was supported by a sizeable number of compatriots in the stands.

Halep clinched the win on her third opportunity as Pegula hit the net with a return.

"She was hitting super strong and I didn't feel the rhythm. Then I just calmed down and I tried to just push her back a little bit more."

Halep saved 12 of the 17 break points she faced as she earned her 37th victory this season while playing in her seventh semi-final of 2022.