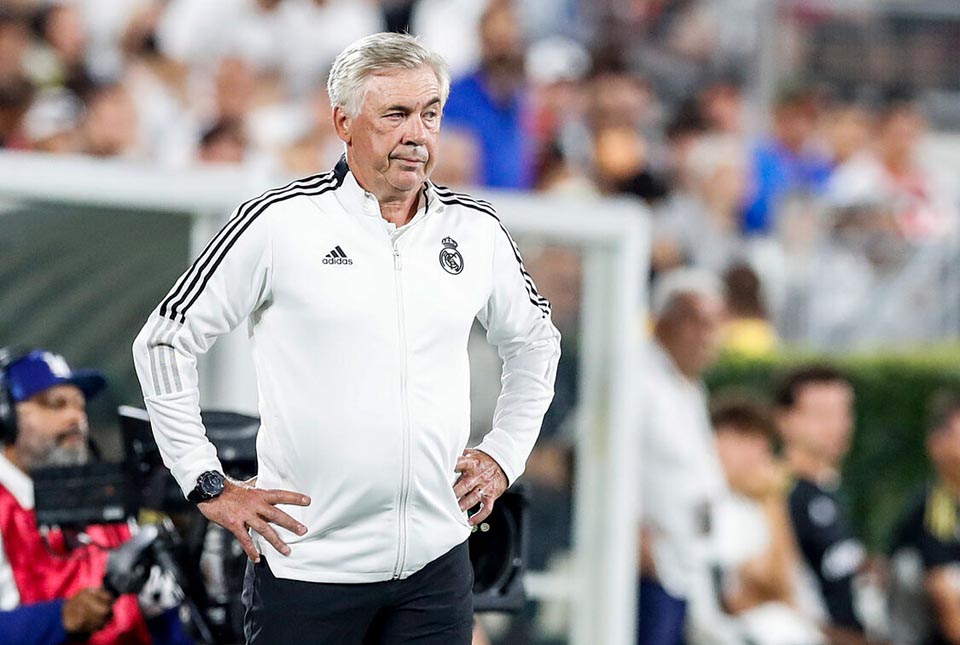 HELSINKI, Aug 9, 2022 (BSS/AFP) - Real Madrid are determined not to be knocked off their perch at the summit of European football this season as they prepare to start their campaign against Eintracht Frankfurt in the UEFA Super Cup in Helsinki on Wednesday.

Madrid coach Carlo Ancelotti, who is the only manager to win the Champions League four times, said his side's 1-0 victory over Liverpool in last season's final made him "feel like no one should ever take your place".

"And that's a pretty strong motivation to keep winning," he said in an interview with UEFA.com.

Ancelotti returned for a second spell in charge of Real ahead of last season and led them to their 35th Spanish title.

However, it was in Europe where Real really impressed, pulling off comeback victories over Paris Saint-Germain, Chelsea and Manchester City before beating the heavily favoured Reds in the final.

"All the comebacks we made were achieved in our stadium, thanks to that boost which came from the stands. Always believe, never give up. After all, we played against very strong teams. It was inevitable that we would suffer," he said.

The Italian coach said he saw echoes of Real's fighting spirit in their underdog opponents Frankfurt, and was aware not to take last season's Europa League winners lightly.

"Last year, Eintracht achieved something special because they weren't among the favourites," added Ancelotti, whose side recently returned from a pre-season tour to the United States.

Wednesday's game will be played at the Olympic Stadium in Helsinki, where Frankfurt will make their Super Cup debut in their first competitive meeting with Madrid since the legendary 1960 European Cup final which the Spanish giants won 7-3.

Real will be making their eighth Super Cup appearance, having lifted the trophy four times.

While Real will take on a side which qualified for the final on the back of winning their first European trophy in 42 years, Ancelotti said Frankfurt had the advantage going into Wednesday's clash in Helsinki.

"We have a few more disadvantages than Eintracht, who start their season earlier, but we'll play to win," he said.

Although Madrid's La Liga campaign will not start until Sunday when they take on newly-promoted Almeria, Frankfurt fans may question how much of an advantage they have in the wake of Friday's 6-1 thrashing at the hands of Bayern Munich in their Bundesliga season opener.

Frankfurt goalkeeper Kevin Trapp said his side would not be overawed against Madrid and were relishing the experience ahead of what will be their maiden Champions League campaign this year.

They knocked out Barcelona on the way to winning last season's Europa League, defeating Rangers on penalties in the final in Seville.

"We want to be a team who are awkward to play against, who fight and never give up. Of course we have respect, but not fear," the former PSG goalkeeper told the Eintracht Frankfurt website in an interview published Sunday.

Trapp, who alongside former Bayern and Borussia Dortmund midfielder Mario Goetze is one of only a handful of players with Champions League experience in the Eintracht ranks, said his side deserved their place in the season-opening showpiece.

"Playing in the Super Cup means you've been successful, earned it and done a good job. To have the opportunity at this stage of the season to win a trophy against this club (Madrid) -- it doesn't get better."