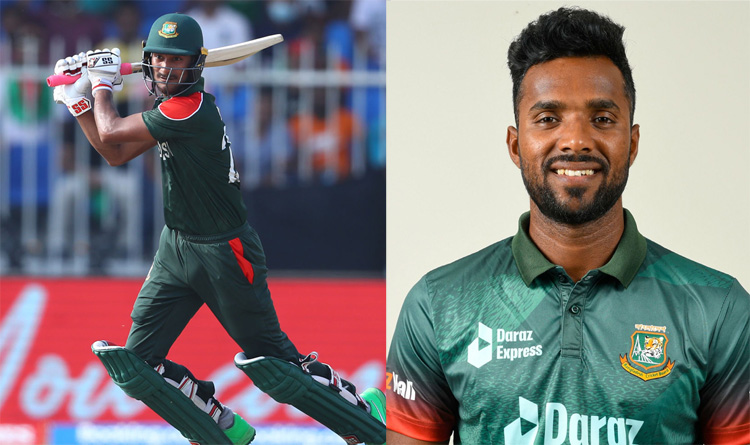 The BCB officials said, the players were called up as reinforcements after Nurul Hasan Sohan and Liton Das were ruled out of the series through injuries.

Naim and Ebadot departed from Dhaka today and are expected to reach Harare before the second ODI that starts tomorrow (Sunday).

Sohan who was appointed as the captain for the T20 series, missed the last match of that format and entire ODI series due to finger injury.

Liton who had to retire after scoring 81 in the first ODI which Bangladesh lost by five wickets, were sidelined for at least three weeks and it also made him unlikely for the Asia Cup, starting on August 27.

In addition, Bangladesh pacer Shoriful Islam had a muscle strain which forced him out before he completed his full bowling quota in the first game.