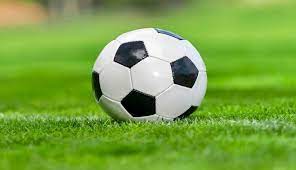 Bangladesh fought neck to neck with India in the whole ninety minute that ended in a 2-2 draw, but Bangladesh could not take the pressure in the extra time and eventually lost the game.

In the day’s final, Gurkirat Singh, who was named the most valuable player of the championship, put India ahead early in the 2nd minute of the match giving his team a deserving lead.

Bangladesh tried heart and soul to stage a fight back and finally got the success in the 45thminute when Rajon Hawlader  restored the parity as he sent the ball home with a fierce shot from goal mouth melee.

In the extra time, Himanshu Jhangta scored the third goal for defending champions in the 92nd minute while Gurkirat scored the remaining two goals for India in the 93rd and 99th minutes to seal India’s comprehensive victory in the final.

Sri Lanka were given the fair play award in the tournament.

Earlier, Bangladesh managed a hard-fought solitary goal victory over Sri Lanka in their tournament opening match and defeated host India by 2-1 goals in their second match, overpowered the Maldives by 4-1 goals in their third match  and emerged top of the table after playing to a  1-1 goal draw with Nepal in the third match.

On the other hand, India began their 2022 SAFF U-20 Championship journey with a 1-2 defeat at hands of Bangladesh, drubbed Sri Lanka 4-0, thrashed Nepal 8-0 before beating Maldives 1-0 in their final league stage fixture.