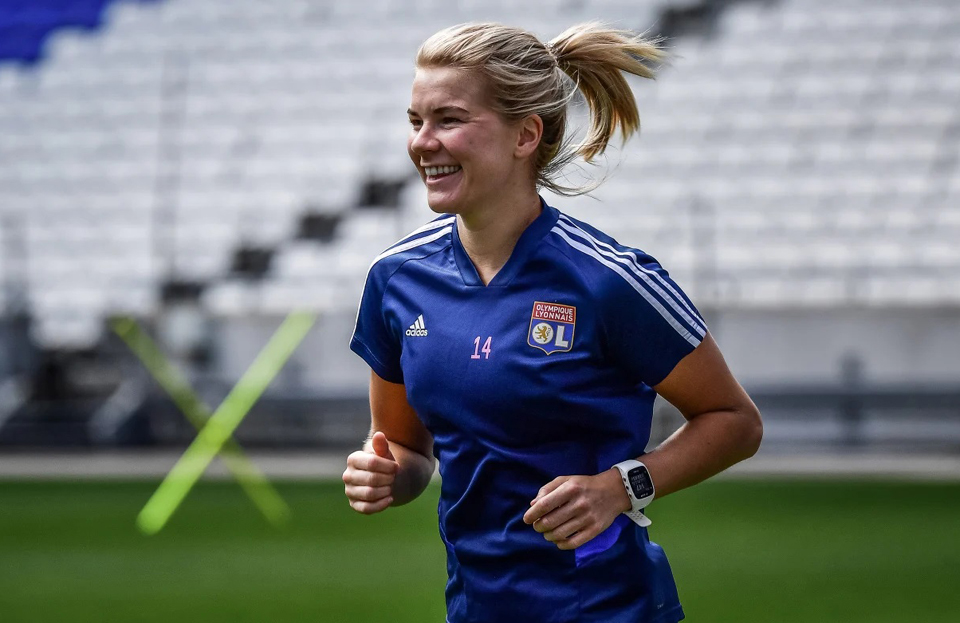 MANCHESTER, United Kingdom, July 6, 2022 (BSS/AFP) - Euro 2022 will be lit up
by one of the brightest stars in women's football thanks to Ada Hegerberg's
decision to end a self-imposed exile from international duty with Norway.

The all-time top goalscorer in the women's Champions League stepped away from
the international scene in 2017, citing concerns over the inequality of
treatment given to men's and women's teams by the Norwegian federation.

Five years on, she made her comeback in March and in typical fashion scored a
hat-trick in a 5-1 thrashing of Kosovo.

"It was important for me for it to be authentic, that it was natural for
everyone involved," Hegerberg told AFP of her decision to return.

"It was a great thing. Personally and also collectively, I think."

Even without Hegerberg, Norway made it to the quarter-finals of the 2019
World Cup.

Now with one of the most prolific goalscorers in the game united alongside
Barcelona's Caroline Graham Hansen in attack, Martin Sjogren's side can again
dream about going all the way at the women's Euro in England.

"She is world class and has delivered goal after goal on the biggest football
stages for a number of years," said Sjogren.

"Of course, getting her back means a lot to the Norwegian national team."

The 26-year-old's return also points to the progress that has been made off
the field in her absence.

A major influence in Hegerberg's decision was the arrival of Lise Klaveness
as president of the Norwegian Football Federation (NFF).

Klaveness, a former teammate of Hegerberg, had been outspoken in her own
playing career about inequality among the men's and women's teams.

The NFF are now among the federations offering equal pay to their men's and
women's internationals.

A huge gulf in prize money still exits between the men's and women's game.

UEFA will dish out just 16 million euros ($17 million) to the federations
involved at Euro 2022, compared to 331 million euros for the men's Euro last
year.

However, UEFA's head of women's football Nadine Kessler defended that gap by
highlighting a five-fold increase in spending on hosting the tournament, much
of which has gone on improved accommodation and training facilities for the
sides involved.

Another factor behind Hegerberg's change of mind was missing 21 months of
action between January 2020 and October 2021 due to two serious injuries.

After suffering an anterior cruciate ligament rupture, her comeback was
halted by a stress fracture in her tibia.

Hegerberg did not take long to find her rhythm, winning her sixth Champions
League title in May and scoring in the final as Lyon beat Barcelona 3-1.

But the long lay-off played its part in prompting a rethink over her
international future.

That change of heart could change the course of the whole tournament.

In 11 appearances at the women's Euro, Norway have reached the final six
times and can now count themselves among the contenders once again.

A blockbuster clash with England on July 11 will be one of the highlights of
the group stage.

But both will be confident of reaching the quarter-finals from a section also
including Austria and tournament debutants Northern Ireland, who Norway face
first on Thursday.

"We are keeping a fine balance between being realistic, but also ambitious,"
added Hegerberg.