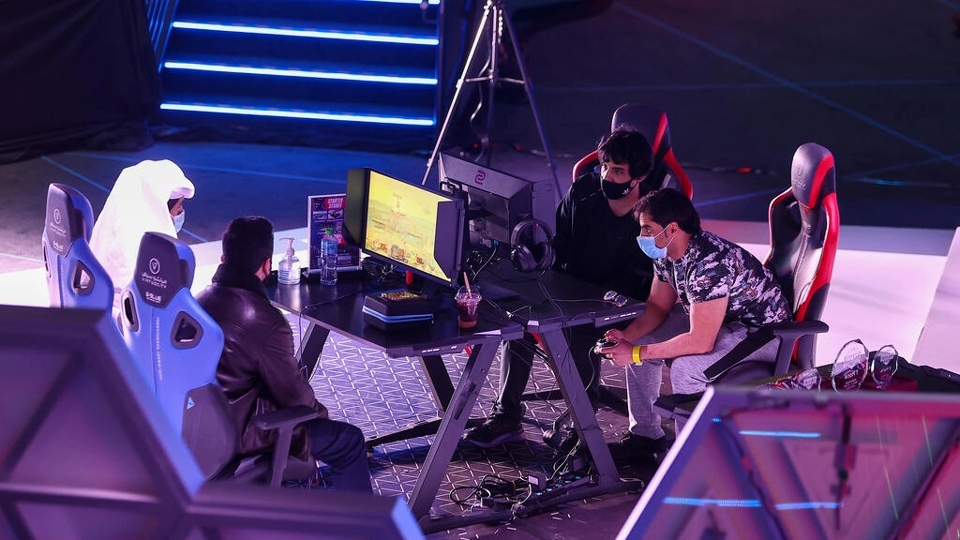 DOHA, July 5, 2022 (BSS/AFP) - World Cup host Qatar doesn't just have its
sights set on football -- it also hopes to harness its people's gaming skills
as it launches into the burgeoning eSports sector.

A digital army is at the ready in the gas-rich emirate, where many "majlis"
rooms -- communal gathering places attached to homes -- have long doubled as
video game hubs for groups of friends, mostly young men.

"Our majlises have a lot of equipment," enthused Ibrahim Samha, who said the
spaces are often kitted out with consoles for five or six players who lounge
on cushions while engaging in virtual worlds and battles.

Samha is head of eSports projects at Virtuocity, Qatar's first dedicated
gaming complex which was set up in 2019 and, after a Covid pandemic break,
hosted its first major tournament in March.

"I guess that is where it all starts," Samha said. "When you play in these
majlises, you play in a very casual and fun way.

"But if you want to take it to the professional level and play competitively
against other teams and other players, you would want to participate in
eSport events, and I guess this is where Virtuocity comes in."

Virtuocity, part of Qatar's broad push to diversify its economy away from
energy by 2030, aims for a slice of the fast-growing global eSports market
whose annual revenues are estimated at more than $1 billion.

Three months ago it hosted the opening round of the Smash World Tour, the
championship of Nintendo's crossover fighting game Super Smash Bros, with
5,000 Qatari rial ($1,300) in prize money for the winner.

An eSports federation was created in late 2021 and gaming has even been
integrated into the curriculum of Qatar's International School of London to
steel students as they venture forth into the 21st century's digital realms.

Ahmed Al Meghessib, at age 24, is already an eSports veteran. He first
represented Qatar in 2017 in the football game FIFA and took the national
team to 10th place in the world rankings early last year.

"Basically they didn't have a big interest at first," he recalls about Qatari
society's take on eSports in years past, before leaders awoke to the huge
viewership and potential revenues on offer.

"It's not as hard as before. People understand now that eSport is a serious
thing."

Khalifa Al Haroon -- a businessman and influencer who goes by "Mr. Q" on
social media -- is another early eSports supporter in Qatar who dares to
dream big.

He argued Qatar needs to build more clubs and eLeagues, host more tournaments
and attract investment and studios that will create original content.

"My goal is to see Qatar be a leader in the Middle East, of course a world
leader too, when it comes to gaming," he told AFP.

"I want to see the biggest tournaments happen here and I want people to want
to come in and build their companies and their teams out of Qatar too."

Haroon's hopes are shared by Jack AlBlushi, 35, who organises tournaments of
PUBG: Battlegrounds, a combat survival game set on an island.

"We have built a base already," he said. "It's online and everything. But I
need companies to realise that we people are working hard, making sure that
things are going in the perfect direction."

A major supporter has been cellphone company Ooredoo, which sponsored a FIFA
game tournament in May with $25,000 in prize money and has launched a talent
scouting programme to build a professional team.

Its first two recruits are Ahmed Al Meghessib, who plays FIFA, and Yousef Al
Defaa, who competes in Fortnite, the battle royale hit made by Epic Games.

Qatar is not the only country striving to make its mark in eSports, which is
traditionally dominated by South Korean and Chinese players but has teams
from around the world in various games.

Gaming is popular around the oil-rich Gulf and there is a "very strong push
from Qatar and Saudi Arabia" said Nicolas Besombes, a sociologist who studies
eSports. He said its rise is a "fairly recent phenomenon that began a little
before the pandemic".

"It's 'soft power'... to improve their image and attractiveness."