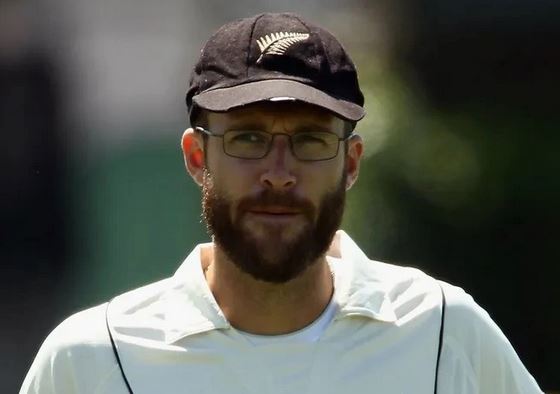 The 34-year-old Lyon towered above the Sri Lankan spinners in the team's
thrashing of the hosts in the recent opening Test in Galle to return with
match figures of 9-121.

The performance took Lyon into the top 10 leading wicket-takers of all time
with 436 wickets in 109 Tests.

New Zealand spin great Vettori, who joined Australia's support staff full-
time ahead of the two-match series, said it was more about conversing with
the off-spinner than coaching him.

"It's a tactical conversation. Nathan has seen everything in world cricket.
To be a finger spinner and be in the top 10 wicket-takers in the world is
incredible," Vettori told reporters.

"Albeit the majority of the time it is down to his skill level. The ability
to be successful with that much turn and bounce."

Vettori said, "And then you see the development of that bowler, to read
conditions, to add things to his armoury and a desire to just keep wanting to
get better.

"He has a number of years left in him, so he can climb up that table even
further."

Lyon, along with fellow spinners Mitchell Swepson and Travis Head bundled out
Sri Lanka twice for 212 and 113 to bring victory in just over two days and
lead the series 1-0.

Australian batsmen also stepped up their game to counter the spin with an
effective sweep shot as Cameron Green (77), Usman Khawaja (71) and
wicketkeeper-batsman Alex Carey (45) contributed to the team's first innings
total of 321.

Sri Lankan batsmen faltered on home turf and Vettori said using the sweep
against Lyon will always be a challenge.

"Batters who sweep are always very difficult to bowl to. They ask different
questions of you as a bowler," said Vettori.

"That is where Nathan is so successful. He is consistent and he gets so much
spin and bounce that we all know they sweep is a good option but it is a
challenge against someone of his quality."

Lyon, who struggled in Australia's 3-0 whitewash in Sri Lanka in 2016 when
home spinner Rangana Herath bagged 28 wickets, has become a force to reckon
in sub-continent conditions over the years.

Vettori, who took 362 Test wickets as a left-arm spinner in his 18-year-old
glittering international career as a player and captain, said Lyon is always
looking to improve.

"His stock ball is so amazing, sometimes for him that is good enough," said
the 43-year-old Vettori.

"But for his development, he is looking to bring variations in. Different
balls, over and around the wicket. He is very receptive to all information."

The second and final match starts Friday at the same venue.