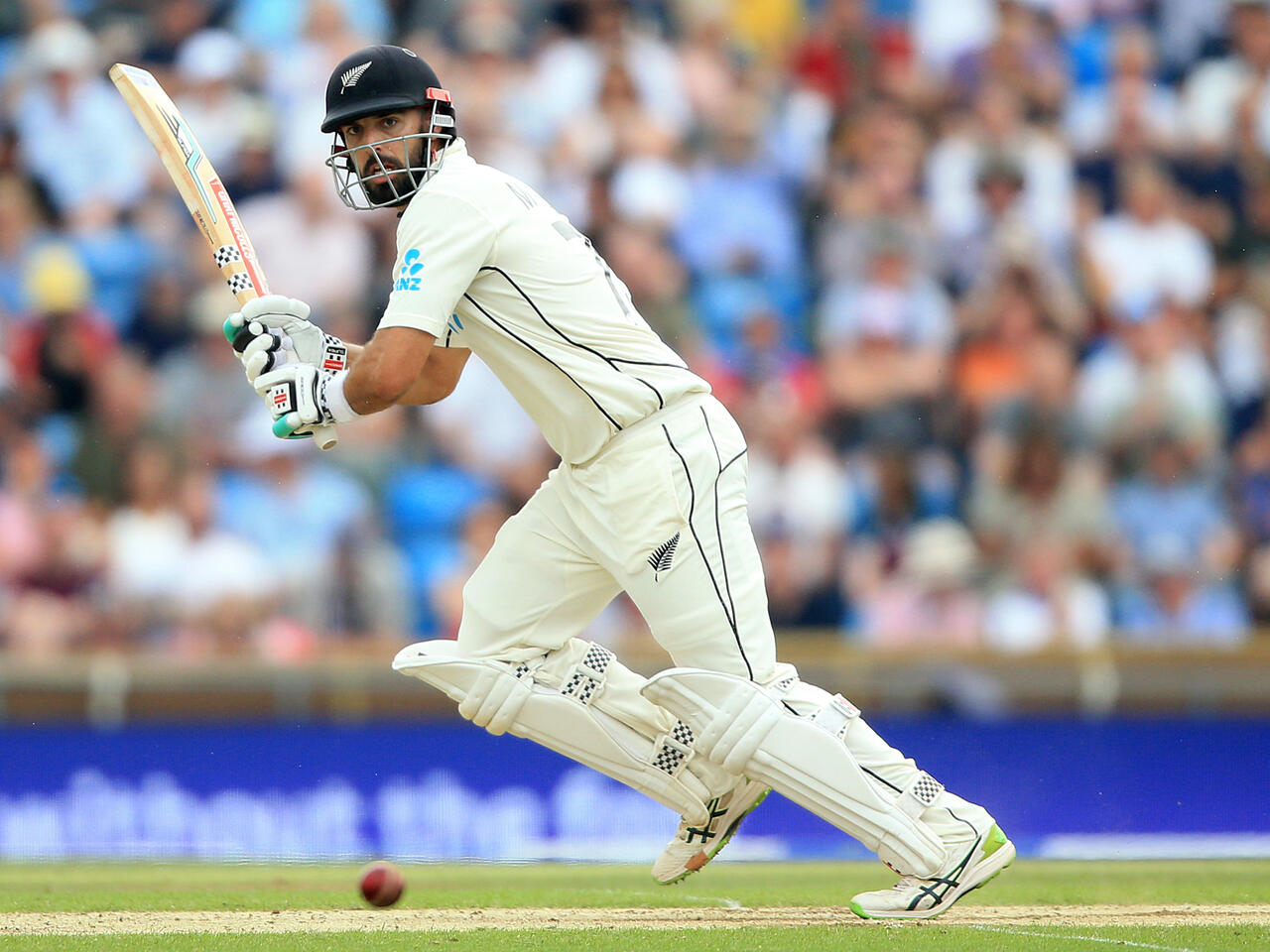 hundred of the series before falling on the stroke of lunch to leave New
Zealand 325-8 on the second day of the third Test against England on Friday.

World Test champions New Zealand are 2-0 down in the three-match series but
Mitchell has been a shining light and his 109 in Leeds followed scores of 108
at Lord's and 190 in Nottingham.

Mitchell, 31, is only the fifth New Zealander to score hundreds in three
successive Tests.

After resuming on 78 not out, Mitchell also scored the 12 extra runs he
needed to break Martin Donnelly's 73-year-old record for the most runs made
by a New Zealander -- 462 -- in a Test series against England.

New Zealand started the day on 225-5, with Mitchell and Tom Blundell (45 not
out), having once more led a recovery after the visitors slumped to 83-4 with
their third century partnership of the series.

Mitchell has been the star man for New Zealand during the series but has had
several moments of good fortune and he received another lucky break on
Friday.

The middle-order batsman was on 82 when he edged Matthew Potts, only for
diving wicketkeeper Ben Foakes to drop a one-handed chance heading to Joe
Root at first slip.

Two balls after the players were informed the Decision Review System had
stopped working, Blundell was out lbw for 55 to give the persevering Potts,
who has figures of 1-30 in 25 overs, a well-deserved breakthrough.

Although Blundell was struck on the back pad, the ball appeared to be heading
down the legside but, with the batsman unable to challenge the decision, New
Zealand were now 243-6 following a stand of 120.

New batsman Michael Bracewell fell for 13 when second slip Zak Crawley held a
nick to give Stuart Broad a wicket on the paceman's 36th birthday.

Mitchell completed the fourth hundred of his 12-Test career in style when he
lofted left-arm spinner Jack Leach over long-off for six.

But trying to repeat the stroke, his 228-ball innings ended when he miscued
Leach, with England captain Ben Stokes holding a fine catch running back from
mid-off.