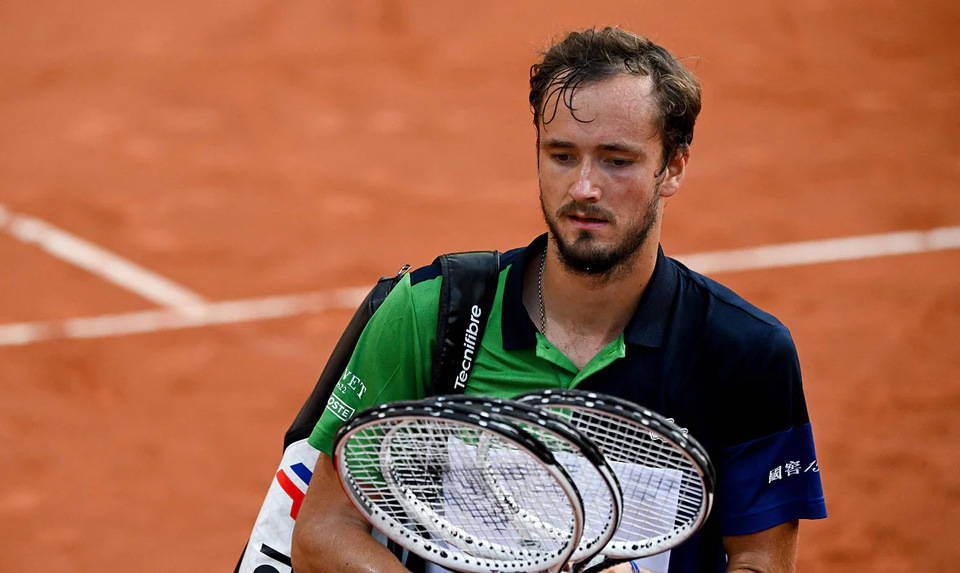 Medvedev and Tsitsipas are seeded to meet in the semi-finals.

So far, Medvedev has looked the most likely to reach that stage, dropping
just 16 games in two straight-sets wins.

Fourth-ranked Tsitsipas, however, had to come back from two sets down to beat
Italy's Lorenzo Musetti in the first round.

Then he needed four hours to see off 134th-ranked qualifier Zdenek Kolar,
saving set points in the fourth set tiebreaker.

The 22-year-old Serb has had a solid clay season with a semi-final run in
Munich and a quarter-final spot in Belgrade where he took Novak Djokovic to
three sets. He also made the last eight in Rio and Santiago.

Kecmanovic started the year at 69 in the world and his all-court game saw him
also enjoy quarter-final runs at the Indian Wells and Miami Masters.

Playing in Paris on a career-high ranking of 31, Kecmanovic is in the last 32
at Roland Garros for the first time.

"Medvedev is playing good, but of course it's not his favourite surface, he
doesn't feel the most comfortable here," said Kecmanovic.

"So if I want to play him I think it's definitely better to play him on clay
than somewhere else."

Tsitsipas faces unseeded Mikael Ymer of Sweden, the world number 95 who
arrived at the tournament on a seven-match losing streak, stretching back to
a semi-final defeat to Alexander Zverev in Montpellier in February.

However, Ymer has rediscovered his form in Paris, reaching the third round
for a second successive season.

The third round also throws up two battles of tennis past and tennis future.

Now ranked 158, Simon, a former sixth-ranked player, has made the fourth
round on three occasions having made his debut in 2005.

He enjoys a career edge of 6-1 over 23rd-ranked Cilic with their first
meeting having taken place at Wimbledon in 2007.

Women's world number one Swiatek, bidding for a second French Open title
after her 2020 triumph, has put together a 30-match winning run and has
dropped just four games in two rounds so far.

The 20-year-old Pole faces 95th-ranked Danka Kovinic who made the Australian
Open third round in January, defeating US Open champion Emma Raducanu on the
way.

Third seeded Paula Badosa, who made the quarter-finals in 2021, is up against
Russian 29th seed Veronika Kudermetova.

Badosa has won both the pair's meetings this year, including on the Madrid
clay for the loss of just three games.