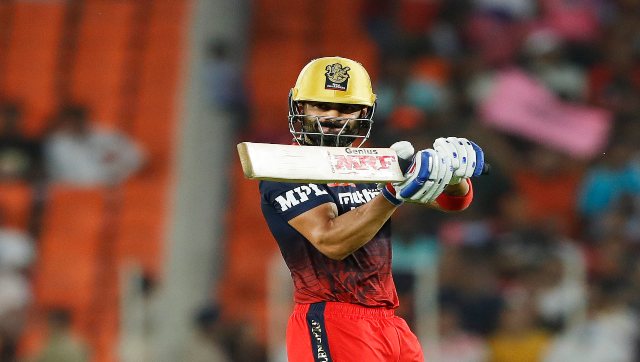 AHMEDABAD, India, May 27, 2022 (BSS/AFP) - An enthusiastic fan breached
security at the world's biggest cricket stadium in Ahmedabad to touch Virat
Kohli in the second Indian Premier League qualifier on Friday.

Kohli was at the crease after Rajasthan Royals invited Bangalore to bat first
when the young man ran on to the field and attempted to shake hands with the
superstar cricketer.

But the fan, it seemed, could only touch the glove of Kohli who reluctantly
put his hand forward to avoid the intrusion after the first ball of the
match.

A group of ground officials gave chase and eventually overpowered the man in
yellow t-shirt before hauling him off the field as the crowd roared and
clapped.

This is the second straight instance of pitch invasion in the IPL with
Wednesday's eliminator in Kolkata also witnessing a man running towards Kohli
in the outfield before police carried the fan away much to the amusement of
the Indian star.

The 33-year-old former India captain is often the subject of adulation with
one fan even touching his feet before taking a selfie during an IPL game in
2018.

Kohli, who has suffered three golden ducks this season's Twenty20 tournament,
hit a six off Trent Boult's opening over but fell caught behind to Prasidh
Krishna in the next. He made seven.

The large crowd at the 132,000 capacity stadium fell silent as Kohli, who is
still searching for his maiden IPL title, walked back to the pavilion.