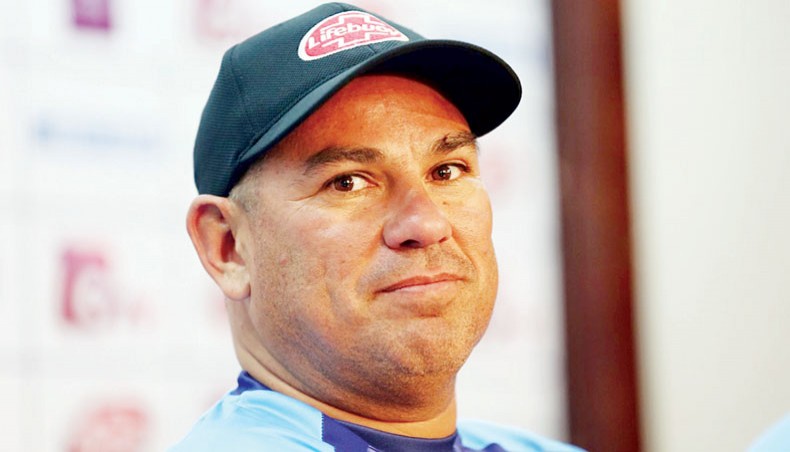 DHAKA, May 27, 2022 (BSS)- Bangladesh head coach Russell Domingo stressed
upon the requirements of bringing changes in approach and process as the side
has been doing mistakes repeatedly at crucial stages in Test cricket.

His comment came after Bangladesh's 10-wicket defeat to Sri Lanka at home,
despite fighting neck-to-neck in the first four days. The defeat also made
sure Bangladesh would go down the two-match series by 1-0 as the first Test
in Chattogram was drawn.

"We've to do something different, whether it is to change the order around.
We can look at one or two things. You won't win Tests from 24-5 and 23-4 in
both innings. We've to change something. It has happened too many times in
the last 6-8 months," a visibly frustrated Domingo said after the match
today.

"We're competing for four days and then have such a bad session that there's
no way back. I am sure it is equally frustrating for the players. They are
fighting back, but getting behind the game at certain stages."

He went on to saying: "Sri Lanka are six down, but they end up drawing (in
the first Test). West Indies chased down 400. We are 180 ahead against
Pakistan, five down, we lose four wickets. We get into a good position, Rabbi
gets run out. There are so many small mistakes we are making at crucial
stages."

Bangladesh recovered from 24-5 to compile 365 in the first innings thanks to
Mushfiqur Rahim and Liton Das's record sixth wicket partnership. Mushfiqur
made an unbeaten 175 and Liton scored his career-best 141.

But Sri Lanka gained a 141 runs lead, racking up 506 in their first innings.
The hosts' batters then came up with an abysmal batting show to be all out
for 169 in the second innings and set just 29 runs target which Sri Lanka
overhauled with ease.

Despite the top-order collapse in the both innings, Domingo felt that they
didn't bowl like the way they should do. He said the wicket was not a 500-run
wicket but still Sri Lanka managed it because of Bangladesh's poor bowling.

"We won a Test in New Zealand with Ebadot, Shoriful, Taskin and Miraz. In
this Test we have only had Ebadot. It is a totally new bowling attack. We
probably didn't bowl as well as we should," he said.

"In my career as a coach, I have never seen that many runs being scored
between midwicket and fine-leg. They bowled far too straight, far too many
easy balls to score off. I didn't think it was a 500-run wicket. We didn't
bowl well towards the end of day two. We didn't put them under enough
pressure. Those are the small swings that change games."

Domingo said the side missed the service of Mehidy Hasan Miraz badly as his
replacement Mosaddek Hossain Saikat couldn't come as handy as an offspinner.
Miraz was ruled out the series because of injury.

"Mosaddek played because we needed someone who could bowl as a fifth option.
We thought he could bowl 15 overs a day. I am always reluctant to bowl with
four bowlers. It hurt us here again as Mosaddek didn't bowl as well we'd hope
he'd bowl. We thought he could do Miraz's job with the ball. Miraz was a big
loss - he bowls a lot of overs, he picks up wickets, and bats."

According to Domingo, Bangladesh though got a lot of spinners but they
haven't had any standout offspinners to thrive in Test cricket apart from
Nayeem Hassan and Miraz.

"We have a lot of one-day spinners. We spoke about the T20 spinner Mahedi.
They are batsmen who can bowl some part-time spin. There isn't a standout
offspinner beside Nayeem and Miraz," he added.